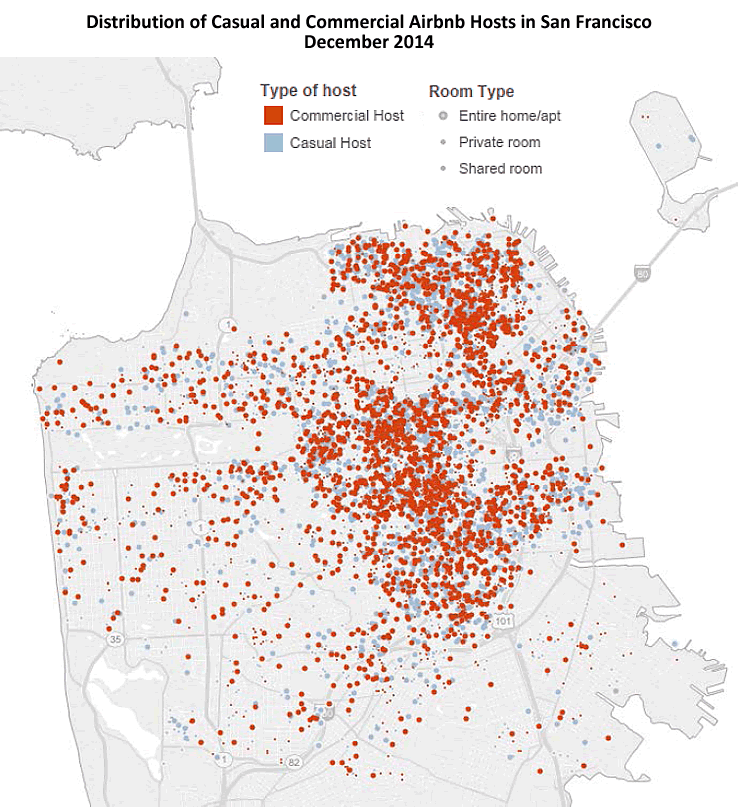 According to a new Legislative Analyst’s report, an estimated 25 to 50 percent of all Airbnb listings in San Francisco are for “commercially hosted” units, units which are continuously rented on a short-term basis and never occupied by their owners, “removing housing units that would otherwise be available for the long-term rental market.”

Based on the number of short-term listings versus available rental stock, the areas which are most impacted by commercial hosts in San Francisco are: the Inner Mission, the Haight-Ashbury/Western Addition, the Castro/Eureka Valley and Potrero Hill/South Beach.

And based on the findings, the City’s Budget and Legislative Analysts have four policy recommendations for San Francisco’s Board of Supervisors, recommendations which should look rather familiar but were mostly ignored by the Board when the supervisors voted to legalized short-term rentals in the city: