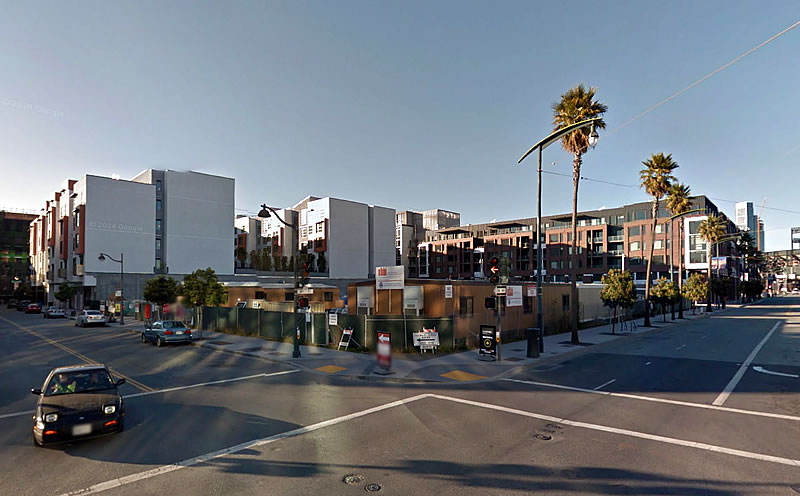 A request for proposals to build and manage up to 101 apartments for formerly homeless veterans and low-income families on the eastern half of Mission Bay Block 3, which fronts Third Street between Mission Rock and Long Bridge, is slated to be released in two days (April 23).

As envisioned by the City, the 1150 Third Street site, which is zoned for development up to 65-feet in height, will be developed with 50 one-bedrooms for formerly homeless veterans, and 50 units for low-income families earning up to 60 percent of the area median income.

Onsite supportive services are required to be incorporated into the development.  And while proposals could include up to one parking space per unit, “a lower parking ratio is recommended.”

Responses to the RFP will be due on June 24. The winning team should be identified by late summer. And the ground for the 1150 Third Street development is expected to be broken in early 2017, with the building ready for occupancy by the end of 2018.

The 147-unit “Venue” sits on the western half of Mission Bay Block 3, fronting Fourth Street.