Designs For Micro-Units And More Adjacent To City Beer Store 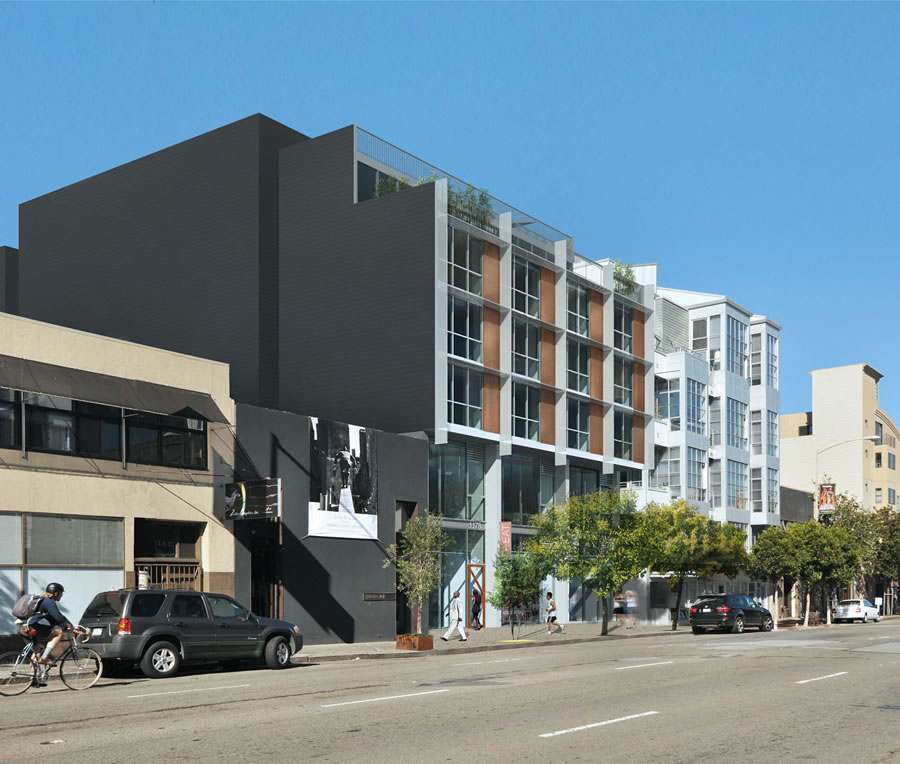 As we first reported last year, David Baker + Partners has been working on plans for 42 market-rate “micro-units” over ground-floor retail and a second floor of office space to be built at 1178 Folsom Street, adjacent to “the City Beer Store building” (aka 1168 Folsom Street) in western SoMa.

As designed, the development would rise to a height of 65-feet, stepping down to 54 feet along Folsom and 26 feet along Clementina Alley, between 8th Street and Rausch. 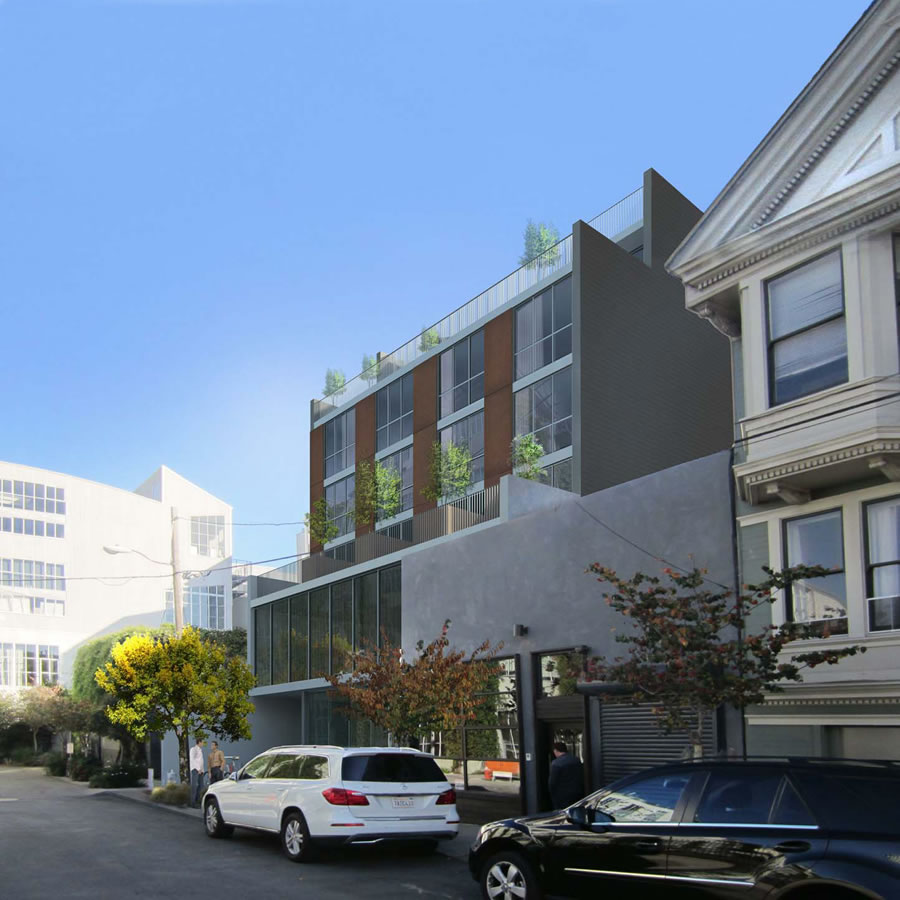 The mixed-use building is set back at both Folsom Street to the north and Clementina Alley to the south, creating widened sidewalks that support gracious retail frontages at both sides.  The ground level features back-to-back retail spaces—larger in front and smaller to the rear—in keeping with the scale of the surrounding streets. A corridor connects the larger street to the smaller alley through the building.  At Clementina, a garage entrance accesses 23 parking spaces arranged in puzzle lifts, one standard garage space and one handicapped parking space. 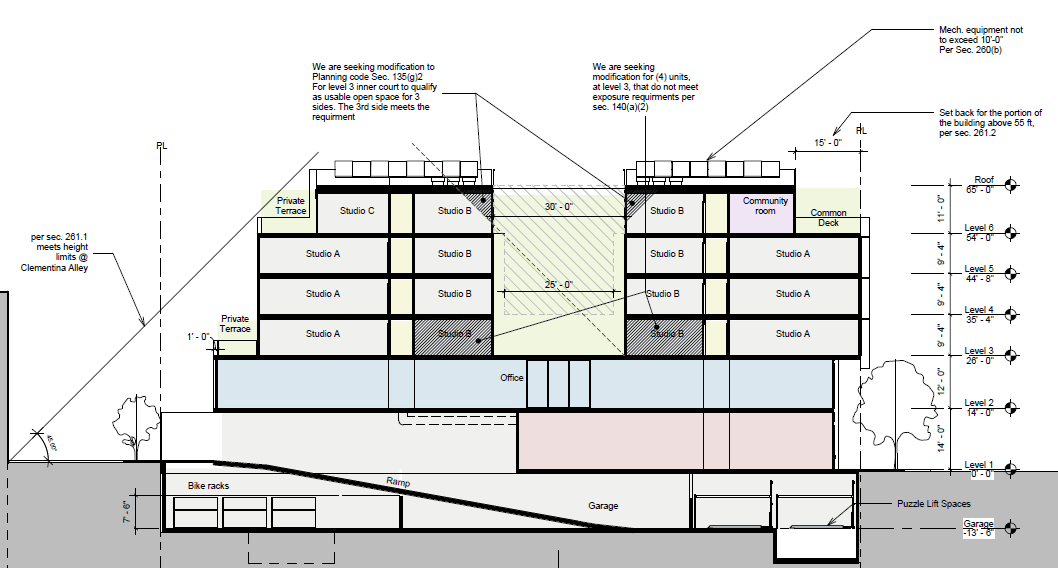 Above the second level, a full floor of flexible high-tech office space is illuminated by a glass front at Folsom as and by a lightwell that relates in width and position to the neighboring building’s lightwell. Additionally, the office space opens to a shared terrace. The two commercial stories are topped by four levels of micro-units, ranging from 290 to 350 square feet. Most units included a split bath, convenient when there is more than one resident.

Parking for 48 bikes in the garage and another 6 on the street or within the building’s lobby has been included as well.

While the 1178 Folsom Street project has yet to be approved or permitted, it is actively working its way through Planning.  A tip of the hat to BuzzBuzzHome for tipping us off to the latest designs on the David Baker + Partners site.