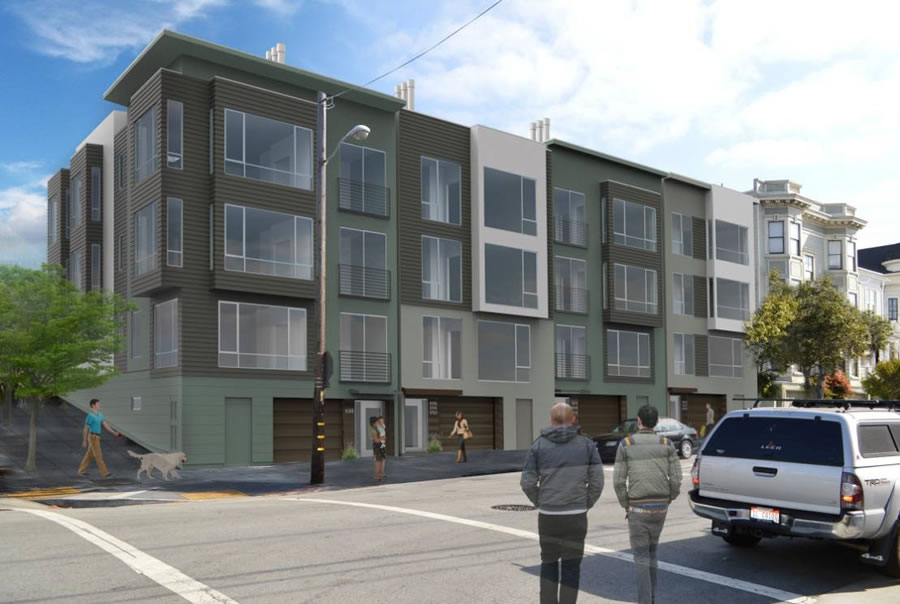 The designs for the proposed development to be built on the northeast corner of Page and Steiner, with four new four-story buildings to rise on the site of the bunker-like former church and community center at 690 Page Street, have been challenged by a resident in the six-unit condo building next door. 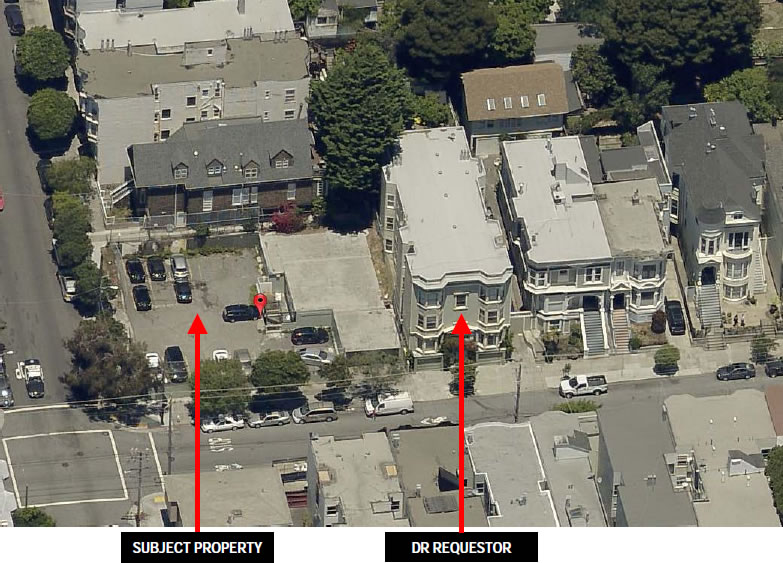 Concerned that the development will result in the loss of light and privacy and an increase in noise, the requestor of the Discretionary Review (DR) would like the developer to eliminate one of the four buildings from their plans and reconfigure the entire development to front Steiner instead of Page, allowing for more separation between the buildings and for the proposed roof decks to be moved further away from their windows and line of sight.

Noting that the proposed project meets all applicable requirements of the Planning Code, would create 12 new three-bedroom units, and is “consistent with the size and density of the immediate neighborhood,” San Francisco’s Planning Department is recommending that the Planning Commission approve the project as proposed.