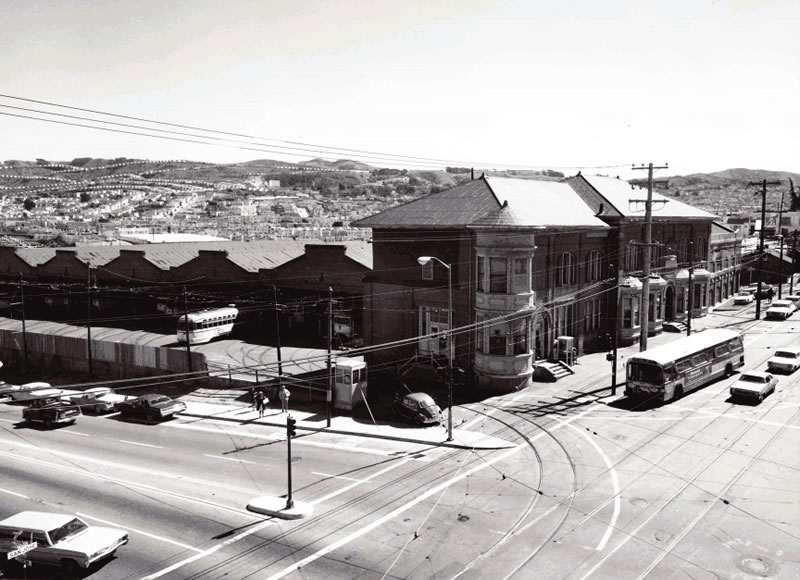 Designed by the Reid Brothers and built in 1901 at the corner of San Jose and Geneva Avenues for the San Mateo Electric Railway Company, the landmark Geneva Car Barn and Powerhouse complex has sat abandoned since 1989 when damaged in the Loma Prieta Earthquake, twenty-five years ago today.

Slated to be demolished by the San Francisco Municipal Transportation Authority, ownership of the Car Bar and Powerhouse, but not the rail yard behind, was transferred from the SFMTA to the Recreation and Parks Department at the urging of the community and under the direction of San Francisco Mayor Willie Brown.  And since 2004, plans to restore the building as a youth center have been in the works.

As envisioned, the Office Buildings will contain arts‐related training facilities, a 99-seat movie theater, administrative offices, a training kitchen, and a 2,000 square foot restaurant along with 730 square foot retail space on the ground floor. 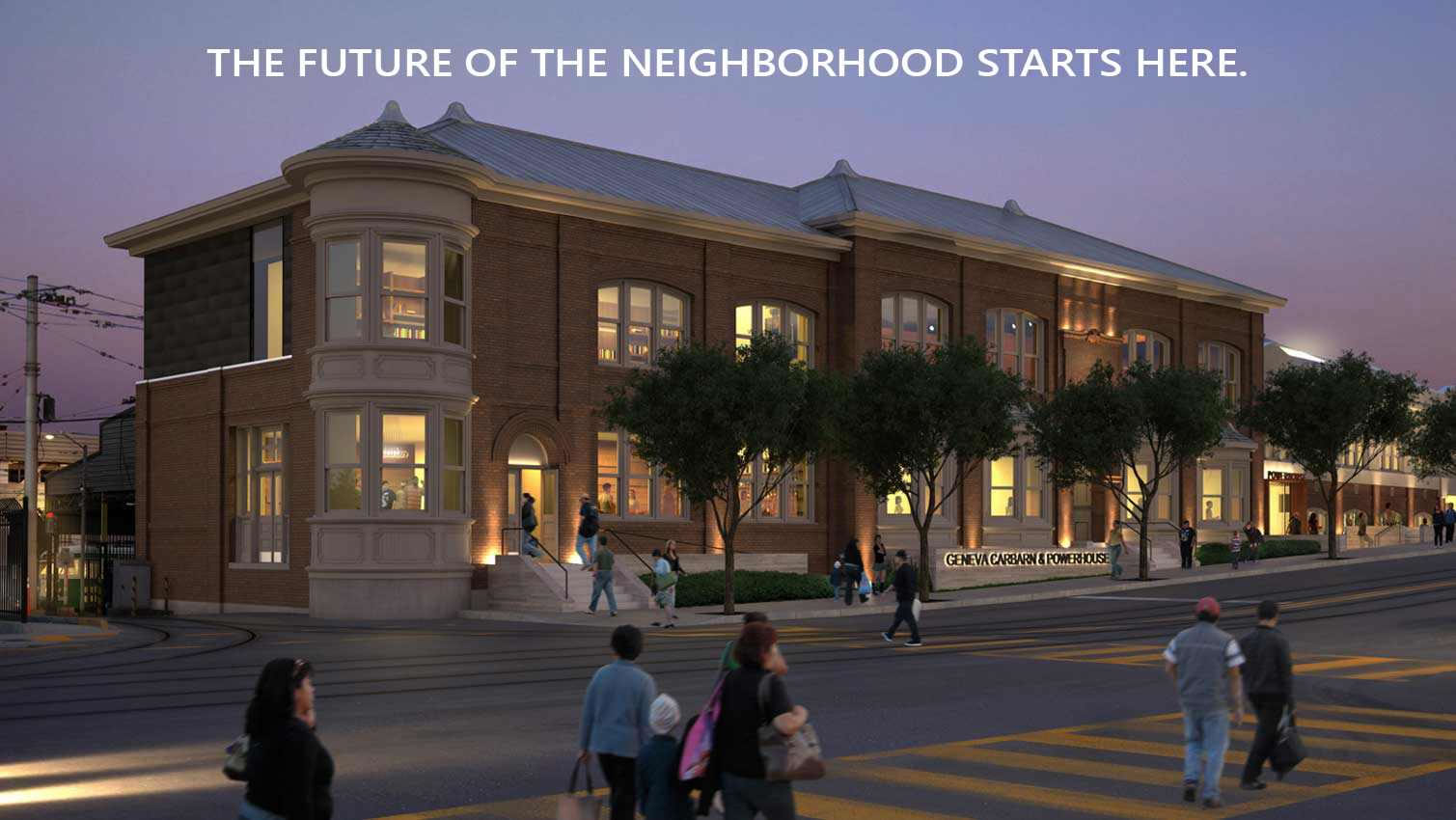 The adjacent Powerhouse space would become a community space and performing arts theater, with room for a 300 person event.

Next week, a development agreement and potential 55-year lease for the Geneva Car Barn and Powerhouse could finally be approved by San Francisco’s Board of Supervisors.

And if approved, The Friends of the Geneva Car Barn and Powerhouse will have until 2017 to secure all the necessary funds for the project which will cost an estimated $24 million and take around a year and a half to construct.  A total of $857,572 has been secured to date, including $837,863 from the 2000 Neighborhood Park Bonds and $19,709 in private fundraising.  A mixture of City bond funds, City grants, tax credits and nearly $7 million of private fundraising make up the rest of the plan to fund the project.

If The Friends are successful, the renovated Geneva Car Barn and Powerhouse could be open and serving the community by the end of 2018.

Largest Development in the History of SF's Inner Sunset Proposed