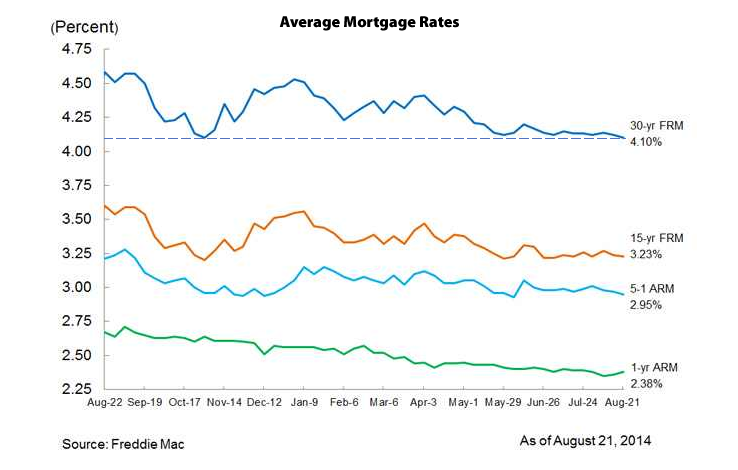 The average rate for a conforming 30-year fixed-rate mortgage has ticked down to 4.10 percent, the lowest rate since October of 2013 when it last dipped to 4.10 percent for a week.