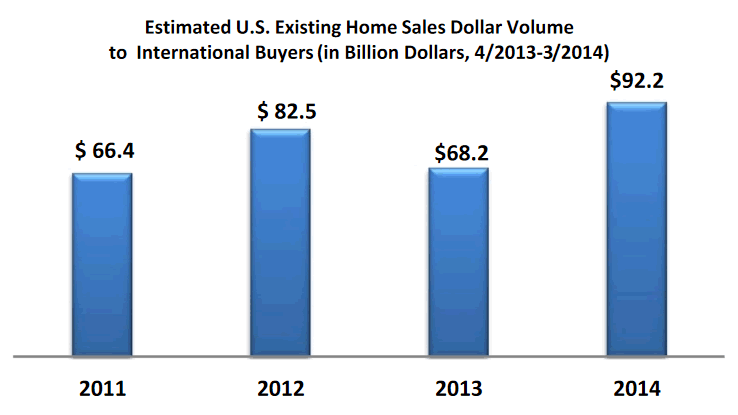 The total sales volume of U.S. real estate to international buyers increased to $92.2 billion over the past year, up an estimated 35 percent and representing roughly 7 percent of the total existing home sales market.  Florida remains the destination of choice, claiming a 23 percent share of all foreign purchases. California comes in second with 14 percent, Texas with 12 percent and Arizona with 6 percent, according to the National Association of Realtors. 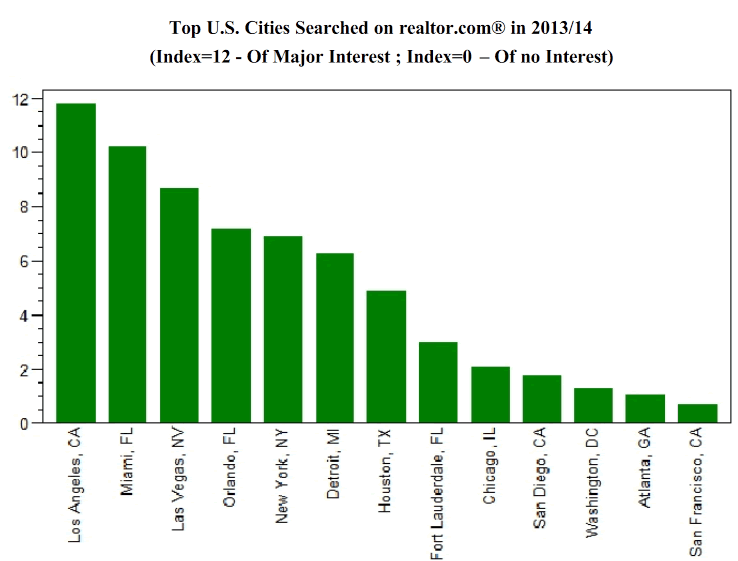 While San Francisco failed to rank in the top ten cities searched overall and fell behind Detroit, Houston, Chicago and Atlanta, there was one key segment of buyers for which the city ranked a distant second behind Los Angeles in terms of interest: the Chinese. 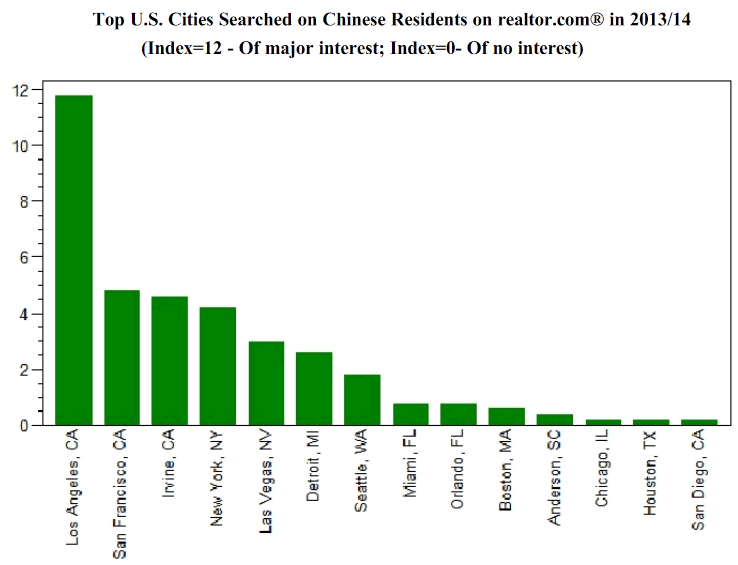 And over the past year, the estimated dollar volume of sales to Chinese buyers rose from $12.8 billion to $22 billion, representing roughly 24 percent of the international buyer market for existing real estate, up from an estimated 19 percent the year before.