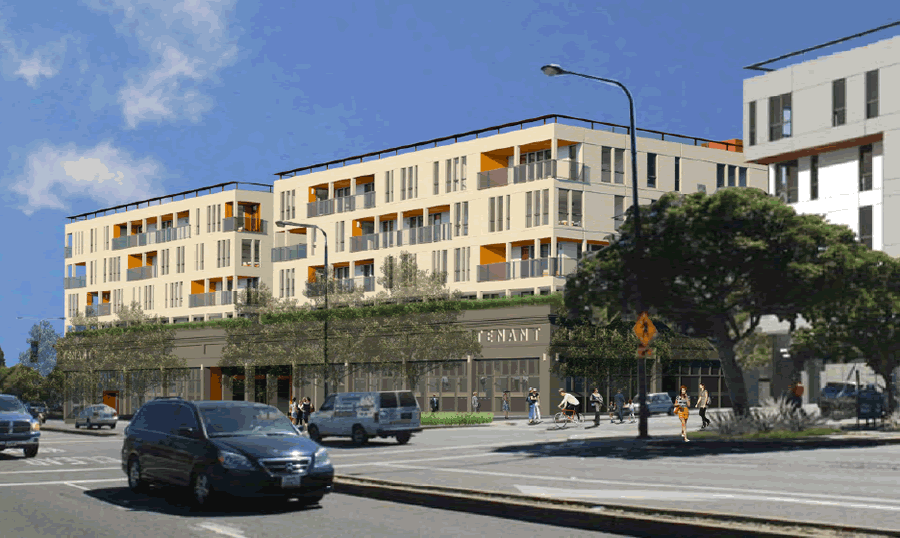 Lennar’s 155-unit “Parker Place” development was approved to rise on the west side of Shattuck Avenue at Parker Street, about one-half mile south of the Downtown Berkeley BART station, replacing the existing Honda dealership, garage and lot on the site.

As approved by Berkeley’s City Council in January of 2012, in addition to the residential units, which could either be condos or apartments, the development includes 23,000 square feet of commercial space and parking for 170 cars.  And as newly proposed, Lennar would like to increase the commercial floor area of the development by 50 percent and add 116 more parking spaces.

A rundown of the most significant changes to the development as requested:

Increase commercial floor area from 20,284 to 30,216 square feet by creating a new second story. This story would be accommodated within the relatively tall existing commercial space and would not increase the overall building height; the first story would be lowered several feet below grade to allow the new story.

Allow professional (not medical) offices, gyms/health clubs, and dance/martial arts studios to be established in the commercial space. The applicant does not have any specific tenants at this time and has asked for flexibility to allow any of these uses to occupy the entire commercial space. In addition, the approved general retail use could also occupy the entire space

Increase parking from 186 to 286 spaces, by providing a second level of underground parking (91 spaces), and a second level of above-ground parking (43 spaces), creating a total of four levels of parking. According to the applicant, this change is intended to provide required parking for the additional commercial floor area, to meet the parking needs of prospective commercial tenants (including “destination retailers”), and to address neighbors’ concerns about parking impacts 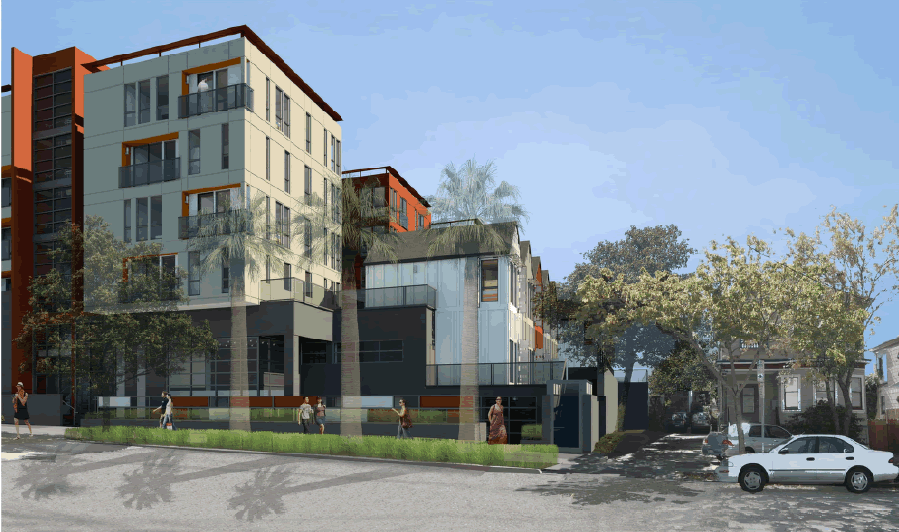 Berkeley’s Zoning Adjustments Board is scheduled to hold a public hearing for the proposed modifications to the 2600 Shattuck/2037 Parker project this week with a recommendation from the Planning Department’s staff that the modifications be approved.

The Shattuck Street facade for the project as originally approved: 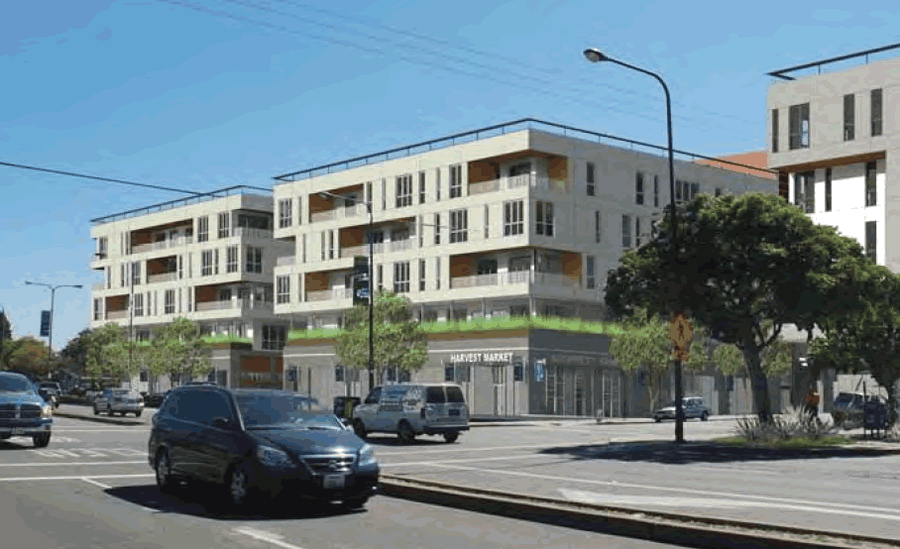