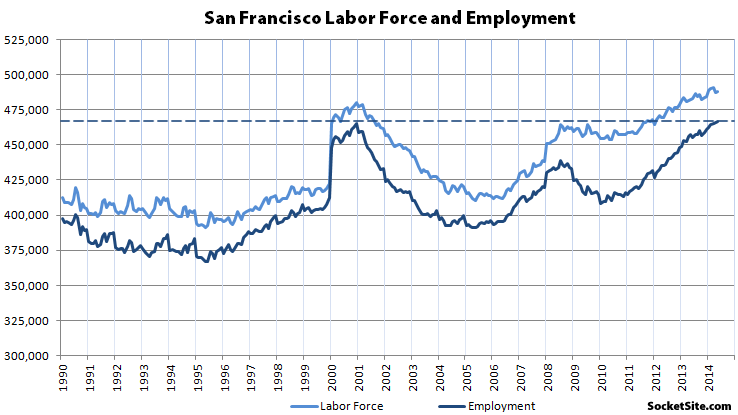 The number of employed San Francisco residents now totals 466,500.  That’s 1,000 more than the 465,500 people employed at December 2000’s dot-com peak when the unemployment rate in the city measured 3 percent.  And the labor force in San Francisco now totals 487,500 versus 480,000 at the end of 2000, according to California’s Employment Development Department.

The unemployment rate in San Francisco topped out at a little over 10 percent in January of 2010 when 58,800 fewer San Francisco residents were employed than today.

In addition, the unemployment rates in Marin and San Mateo both dropped 0.1 percentage points in May and now measure 3.8 percent and 4.1 percent respectively.  And the unadjusted unemployment rate for California has fallen to 7.1 percent with 129,500 more people now employed than in the month before.