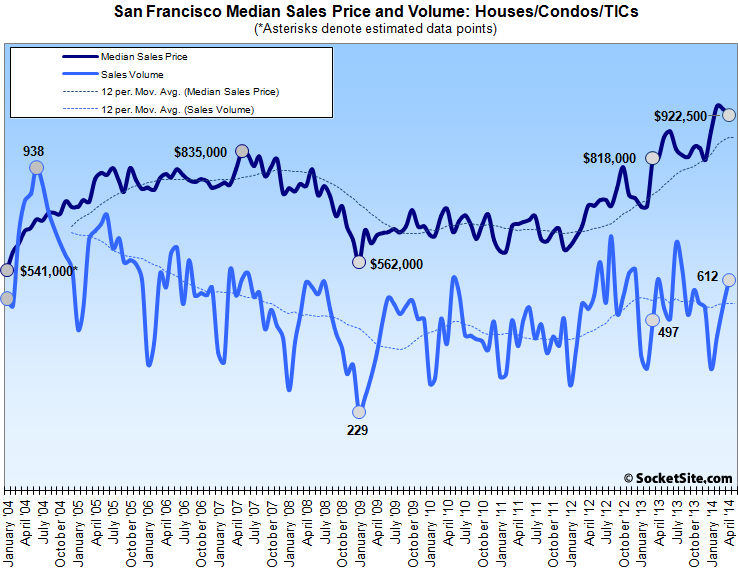 That being said, based on normal seasonality over the past decade, home sales in San Francisco have increased an average of 1.8 percent from March to April and last month’s gain of 13.8 percent did represent an above average gain, driven in part by recorded closings in new condo projects (see last paragraph below).

The median price paid for a property in San Francisco was $922,500 in April, down 2.3 percent from a record $945,000 in February but 13.2 percent higher year-over-year, driven in part by an increase in the mix of higher priced home sales. As always, keep in mind that while movements in the median sale price are a great measure of what’s in demand and selling, they’re not a great measure of actual appreciation despite what the headlines might say.

From A "Fixer And Charmer" To Contemporary On Chattanooga