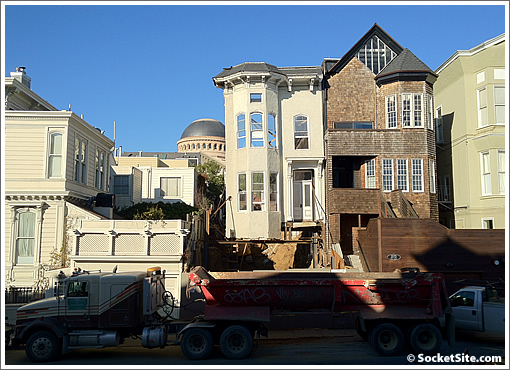 Two days after our piece about the “remodeling” in progress at 2178 Pine Street, the permit for the approved project was suspended and a notice of violation was sent.

The permit fees for the previously approved project on Pine Street had been based on an estimated project cost of $250,000 for the “remodel,” $210,000 for shoring up the site, and $80,000 for adding a garage and new steps. The estimated cost for simply stabilizing the façade following the project’s suspension was $50,000 alone.

SoMa Rising: Plans For Up To Fifty New Units On Folsom Street