A Flip-Flop For Pet Food Express And Formula Retail In SF? 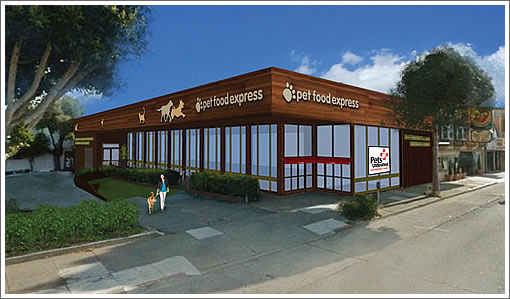 Due to “public opposition based on the competitive advantage of Formula Retail,” San Francisco’s Planning Commission voted 5 to 2 to deny Pet Food Express’ application to renovate and occupy the former Blockbuster Video store on Lombard at Divisadero in 2009. The site has sat vacant since.

From the Planning Department’s recommendation of approval for Pet Food Express’ new application to occupy the Lombard Street site:

Through analysis of the current mix of Formula Retail and independently owned retail outlets on Chestnut and Union Streets, it appears that the two types of ownership formats can co-exist as both those streets enjoy robust commercial activity, are considered destination neighborhoods, and neighborhood investment and pride is apparent. In comparison, Lombard Street has a much lower concentration of Formula Retail outlets and does not enjoy the level of commercial activity or investment similar to Chestnut and Union Streets do.

On August 8, the members of San Francisco’s Planning Commission will once again cast their votes with four merchant associations supporting the proposal, four against, and signatures from local residents running five to one against.

A Noe Valley Transformation: From Traditional To Tech