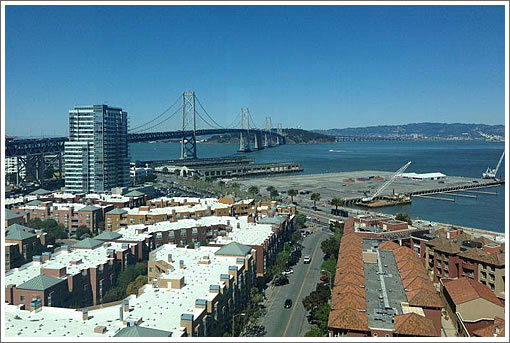 If the Warriors’ plans for Pier 30-32 and penthouses aren’t your cup of tea, you might want to look elsewhere. But if they are, you might take a peek at 219 Brannan #17D. 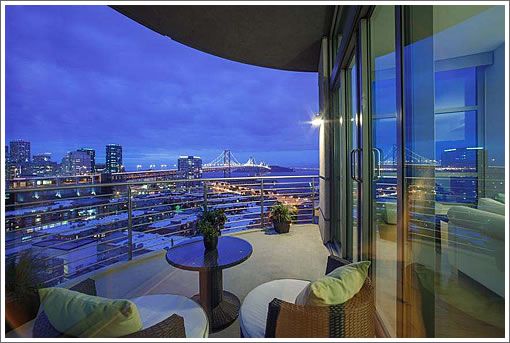 The 2,005 square foot three-bedroom unit features big Bay, Bridge, and downtown views from windows that reach from the eleven foot ceilings down to the blonde wood floors: 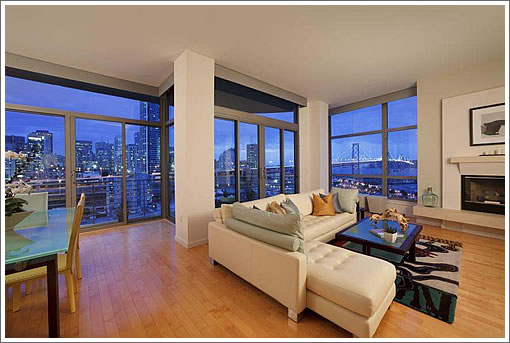 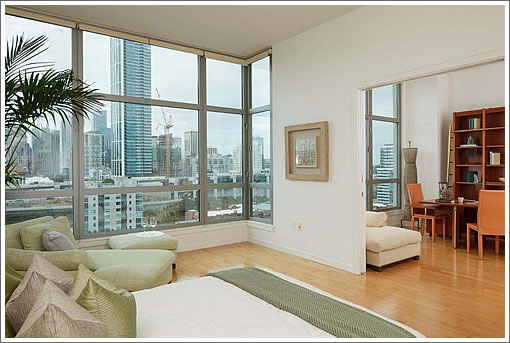 As plugged-in people know, the penthouse unit with the exact same floor plan one floor above (219 Brannan #18D) sold for $2,942,500 this past September having been purchased for $2,810,000 in August of 2005.
Full Disclosure: The listing agent for 219 Brannan #17D advertises on SocketSite but provided no compensation for this post.
∙ Listing: 219 Brannan #17D (3/3) 2,005 sqft – $3,500,000 [brannanpenthouse.com]
∙ Redesigned Warriors Arena Unveiled: A Peek Inside And Out [SocketSite]
∙ A Million Dollars Under Dotcom Days For The Brannan’s Penthouse [SocketSite]