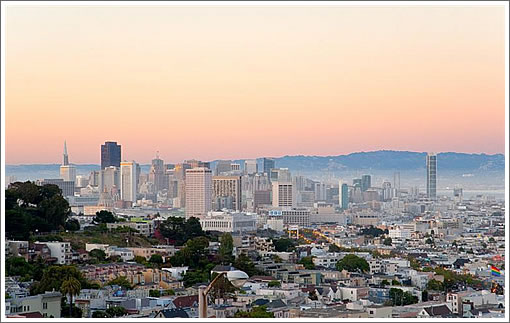 Ranked by leisure attributes (the number of restaurants, bars, libraries, museums, professional sports teams, and park acres by population); educational attributes (public school performance, the number of colleges, and graduate degree holders), economic factors (2011 income and June and July 2012 unemployment), crime and air quality, Businessweek.com has named San Francisco America’s Best City in 2012.
San Francisco’s number one ranking is up from number nine in 2011, displacing Raleigh, N.C. atop last year’s list. That being said, “as the methodology has changed since the 2011 ranking, a city’s rise or fall compared with last year does not suggest that it has gotten “better” or “worse.” Whatever.
Oakland was ranked 31st out of the 100 cities evaluated while San Jose ranked 33rd. The rest of the top ten cities and San Francisco’s winning metrics by Businessweek’s counts:

480 Potrero Avenue: Designs for 84 Condos, But No Commercial Space

Designs For 84 Condos At The Corner Of Potrero And Mariposa