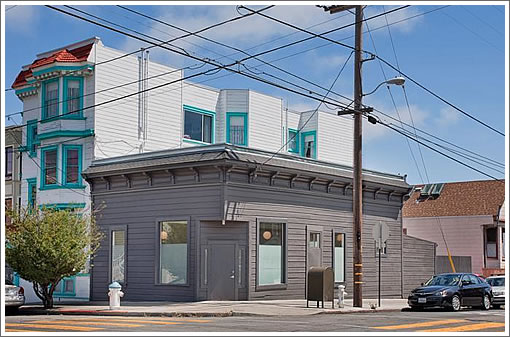 As we first wrote about 2495 Harrison Street last year:

A saloon in 1888, vacant since 2008, and having served as a commercial space between, as proposed the single-story building at 2495 Harrison Street would be converted into a nonprofit community facility d.b.a. “The Seed Fund for the Studio for Urban Projects.”

In addition to the renovation, as proposed a three-story single-family home of 1,400 square feet would be built on the back of 2495 Harrison Street’s lot. San Francisco’s Planning Department supports the project, the Planning Commission will vote this week.

While the conversion and expansion of the existing building for use as a community center was approved, as far as we know it never came to be and instead the building was remodeled as a lofty one-bedroom urban pad with parking for three cars. 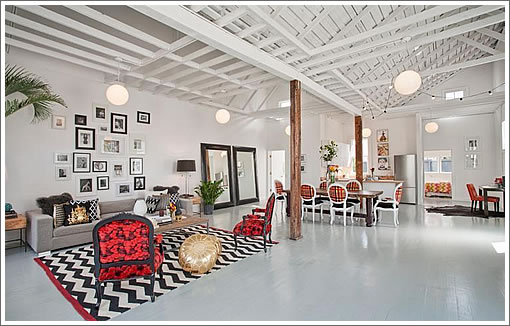 Purchased for $550,000 in 2010 prior to the remodel, the property is now back on the market and listed for $828,000 including the plans, but no permits, for the new home to be built upon the aforementioned parking spaces out back. 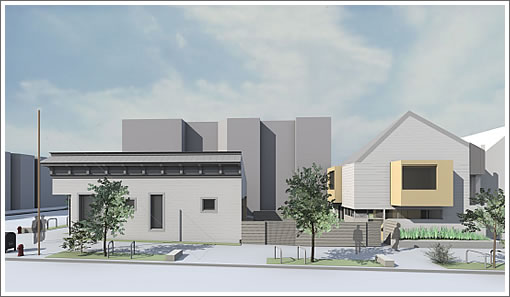