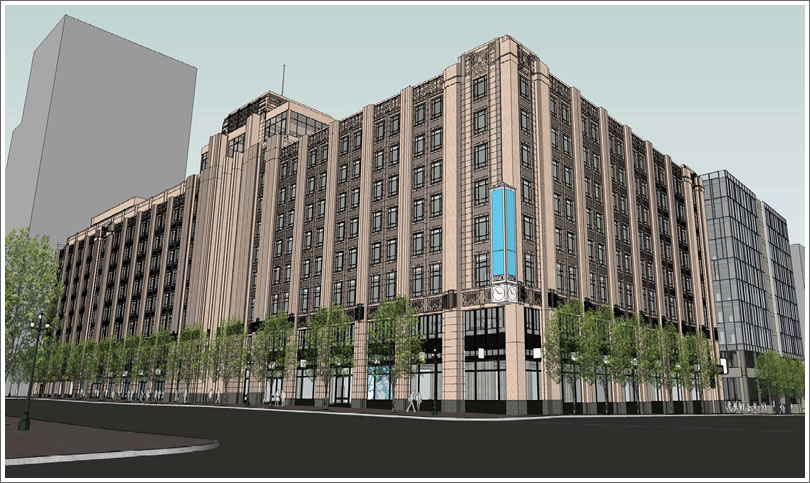 With Twitter having signed on as the anchor tenant, Shorenstein is moving forward with their makeover of the Western Furniture Exchange & Merchandise Mart at 1355 Market Street, the 11-story Mid-Market building they’re re-branding along with 875 Stevenson Street as “Market Square.” 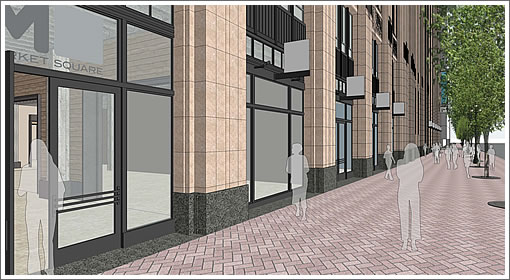 Proposed exterior renovations to be presented to San Francisco’s Architectural Review Committee this afternoon include: New metal-and-glass, ground floor storefronts with integrated externally illuminated signage and removal of the existing granite base; new transom windows above ground floor storefronts; and a new two-story lobby entrance on Market Street where the existing entry to the defunct garage along Market is located. 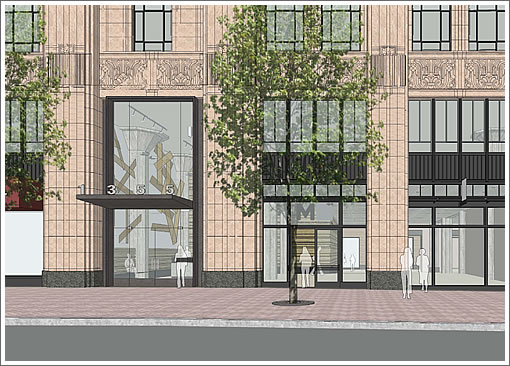 Behind the building, the portion of Stevenson Street between 1355 Market and 875 Stevenson will become a pedestrian area with new openings from the building to increase its connection with the outdoor space, promote the retail to be located within the buildings, and in an attempt to vitalize Stevenson. 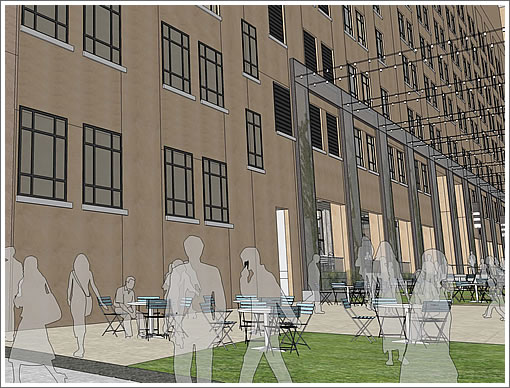 As the building currently appears for the sake of comparison: 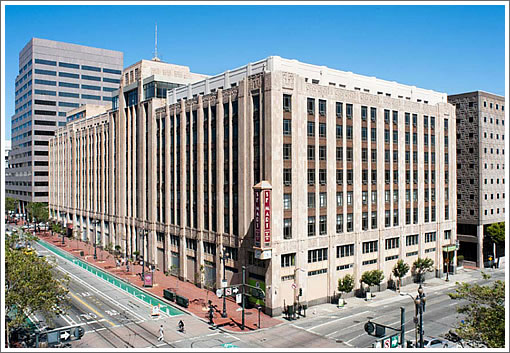 The Price To Live On San Francisco's Postcard Row