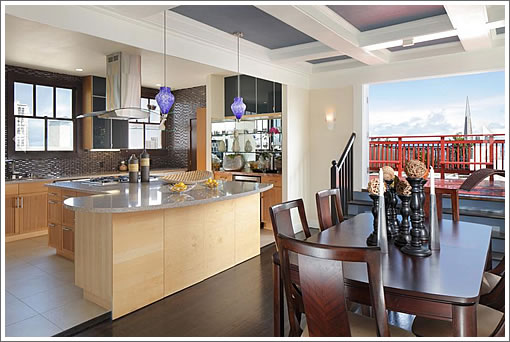 As we first reported in 2008 with respect to the penthouse at 1254 Washington Street:

Third Eye Blind front man Stephen Jenkins’ successfully sold his Pacific Heights mini-manse in 2005. And if our plugged-in tipster is correct, perhaps Third Eye Blind’s ex-bassist should have followed suit as his “European Style Nob Hill Penthouse” is now on the market and in “Preforeclosure” (rumor has it a bankruptcy might be involved).

And while the views are spectacular, it takes four flights of stairs to reach them, parking is leased one block away, and let’s just say the conspicuous lack of interior photography wasn’t simply an oversight (and perhaps the result of really living like a rockstar).

The three-bedroom condo “in need of some serious TLC” ended up selling for $955,000.
Having since been completely remodeled and now sporting Viking, Miele, Thermador, and Dacor appliances in the open kitchen, and rather big views from the adjacent private deck, 1254 Washington Street is once again on the market and listed for $1,149,000. 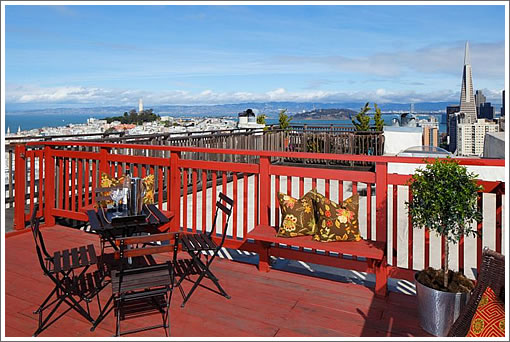