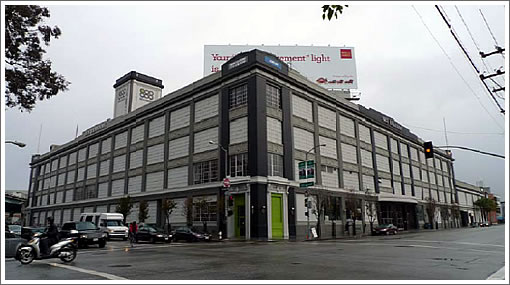 In 2010, the Planning Commission approved the conversion of 138,580 of the 423,133 square feet between the interconnected buildings at 850 Brannan and 870 Brannan, collectively known as the 888 Brannan GiftCenter and JewelryMart, from production, distribution and repair (PDR) to office use.
Foreclosed upon by Wells Fargo prior to conversion, SKS Investments acquired 888 Brannan for $36 million in 2011 and is now seeking approval to convert a total of 257,243 square feet from PDR to office use “suited to technology tenants.”
The more prominent of the two buildings, 870 Brannan is the five-story reinforced concrete building on the corner of 8th and Brannan which was constructed in 1917 and is on the National Register of Historic Places and California Register of Historical Resources. 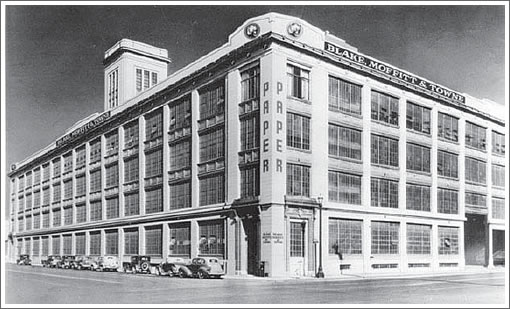 As part of the conversion, the exterior of 870 Brannan would be rehabilitated with repaired or replacement windows, behind which parking for 31 cars and 80 bikes will be added.

With the support of the Planning Department, and scheduled to be reviewed by the Commission this week, the sponsors hope to start reconstruction next month.
∙ Request and Plans for the redevelopment of 888 Brannan [sfplanning.org]

The LAPD Tells Realtors To Buzz Off

Appealing The Impact Of The America's Cup In San Francisco