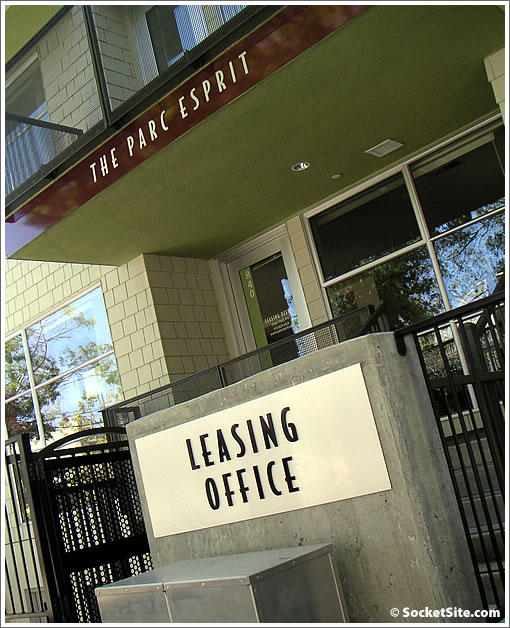 As plugged-in people know, in early 2010 the the sixty-seven (67) units formerly being sold as Esprit Park North were renamed “The Parc Esprit” and repositioned as rentals. As we first reported at the time:

Leases currently run eleven months (think Esprit Park CC&R’s) with expectations that the units will return to the for sale market in three to five years. And while the leases aren’t being written with an option to buy, leaseholders do get a first right of refusal.

The Parc Esprit in Potrero Hill is putting 1/4 of the north court units [back] on the market. They are currently being offered to tenants at a 7.5% discount…The rest of the north court will transfer from rentals to condos sometime in the future (probably dependent on how sales go with the current units). 16 one bedroom places will be priced between $570,000 and $610,000 and the 4 [two bedroom] penthouses will be priced at $980,000.

Saitowitz Rising On The Blighted Corner Of Divisadero And Ellis