Saitowitz Rising On The Blighted Corner Of Divisadero And Ellis 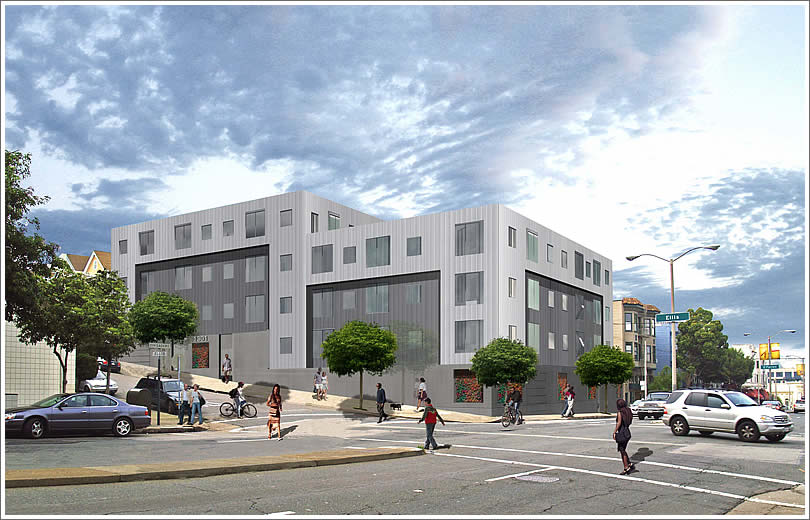 While the long vacant lot on which a 76 Station once stood was tagged with a notice of blight a few months ago, a plugged-in tipster reports that construction has commenced on the first of two Stanley Saitowitz/Natoma Architect designed condominium buildings that are rising on the corner of Divisadero and Ellis Streets:

As the site looked in June: 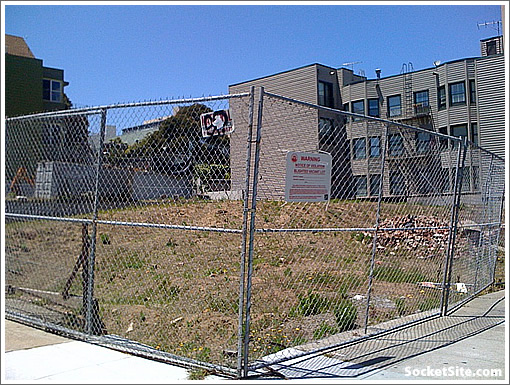 And as we wrote in 2008 when anti-blight legislation was adopted: “No word on whether or not a construction site on hold might qualify as well.” Apparently the word is yes.