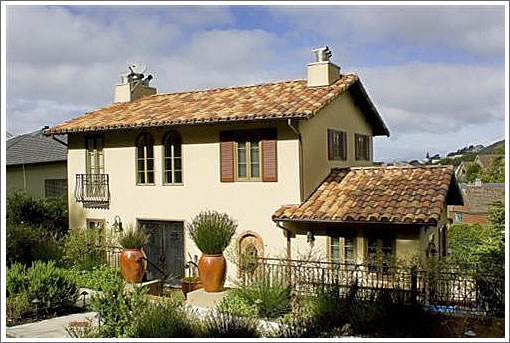 From the listing for 250 Santa Paula Avenue:

This work of art was originally designed by Angus McSweeney, a prominent San Francisco architect who is credited with the design of several residential high-rises in Russian Hill, Nob Hill, and Pacific Heights; as well as his collaboration with several other accomplished architects on the building of St. Mary’s Cathedral on Gough. McSweeney and his bride Beryl moved into the home after it was built in 1925.

Wilke Colter, a San Francisco attorney and his family, purchased 250 Santa Paula from McSweeney, and then eventually left it vacant for 25 years. Now it has been lovingly restored into an engineering masterpiece and an inviting and luxurious home.