One Hawthorne: The SocketSite Straight Scoop (And Sales Update) 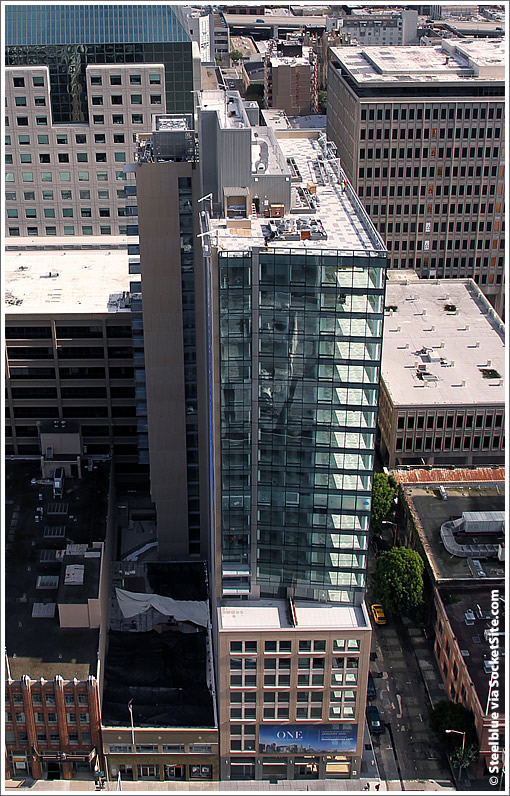 While One Hawthorne‘s website has been live since last October (to which floor plans for the first seven floors have since been added), and the onsite sales office has been “open” for a few months, pricing has yet to be finalized and tours still aren’t being offered.
The disconnect between an “open” sales office and lack of information has led to a slew of One Hawthorne related readers’ tips like the following:

I’ve toured the One Hawthorne sales office 3 times over the past 2 months now and I find it a bit unsettling that the building still does not have pricing or models and DOES NOT anticipate pricing and tours until “late Spring” without further specifics….I’m a highly interested and qualified buyer looking to downsize from my home in Marin but I feel like this developer must not have their act together if the sales office have been open for almost 3 months (the office opened on January 4th) with no idea of pricing or when people will begin to write contracts.

So here’s the inside scoop…select brokers will be getting their first tours of the building on April 19 at which time pricing will be released. Brokers will also tour on the 20th and the sales office will start writting contracts on April 21.
Once again, One Hawthorne consists of 165 units (26 junior one’s, 74 one-bedrooms, 59 two-bedrooms, and 6 three-bedroom penthouses) with 124 non-deeded parking spaces which will be valet and are expected to run around $300 per month.
With a $120 million construction loan, whether or not the developer of One Hawthorne will end up underwater on the development, and what role that’s played in any delay to date, is open for debate.
We’ll wait for actual pricing and early sales figures before we join the fray.
∙ One Hawthorne: A Couple Of Renderings To Accompany Our Reality [SocketSite]
∙ One Hawthorne: Close To Being Closed In But Without Its Crown? [SocketSite]