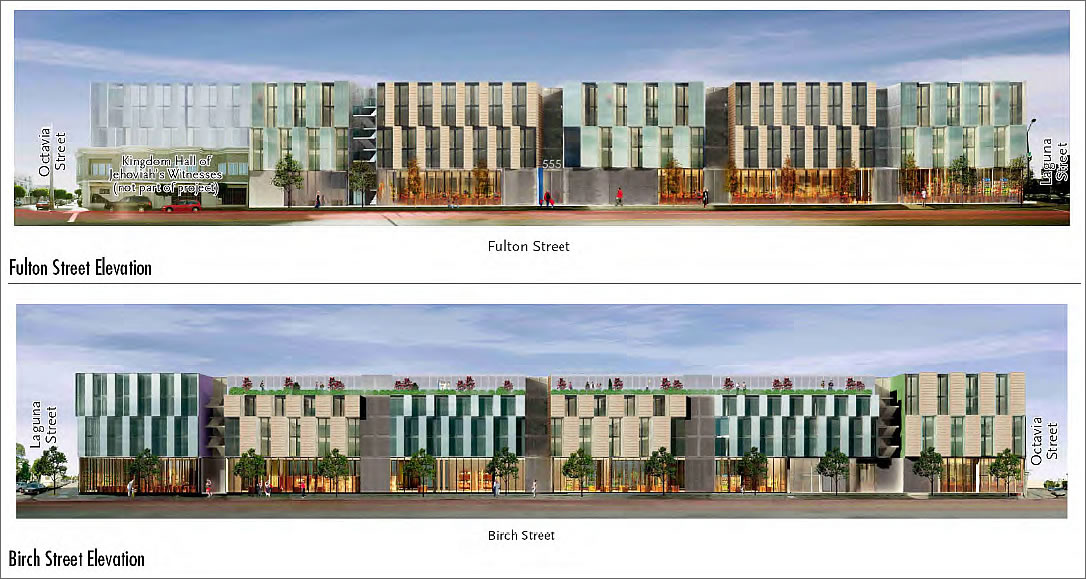 The Stanley Saitowitz design for 555 Fulton (click image to enlarge) has been “refined” a bit since a plugged-in tipster first forwarded the renderings three years ago. New details for the proposed 136-unit mixed-use project in Hayes Valley:

The project site is located on the south side of Fulton Street in the block bound by Octavia, Laguna, and Birch Streets in San Francisco’s Hayes Valley neighborhood.

The proposed project would result in demolition of the subject property’s existing two-story 19,620-square-foot industrial (office and warehouse) building and the removal of an approximately 70-space surface parking area (approximately 5,200 square feet). It would entail the merging of the two lots and the construction of a five-story, about 55-foot-tall, mixed-use building. Constructed in 1957, approximately 29 firms use the existing building for office space in addition to a plumbing company, a cabinet company, and a hot dog stand. 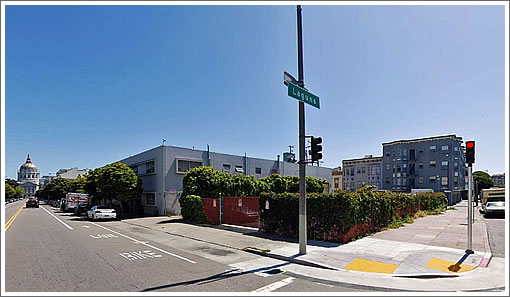 Still Not Cheap, But 31 Percent Cheaper: Watermark Penthouse #1B