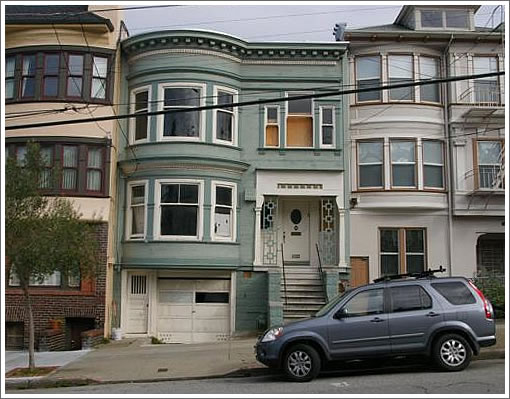 Purchased for $1,280,000 in May 2008, the single-family at 1124 Stanyan was gutted, started rebuilding (“new electrical & plumbing [but] not finished”), and then taken back by the bank. On the market and asking $899,000 in its “contractor’s special” condition.
A three bedroom before, but current plans call for a fourth (either by way of the “new exercise room with full bath” or construction of a new “wall to separate two bedrooms” referenced in the approved permits).
∙ Listing: 1124 Stanyan (gutted) – $899,000 [MLS]

When Up Is Down (U.S. Unemployment Holds, Underemployment Up)