North Beach Library And Playground Plans Like You Read About 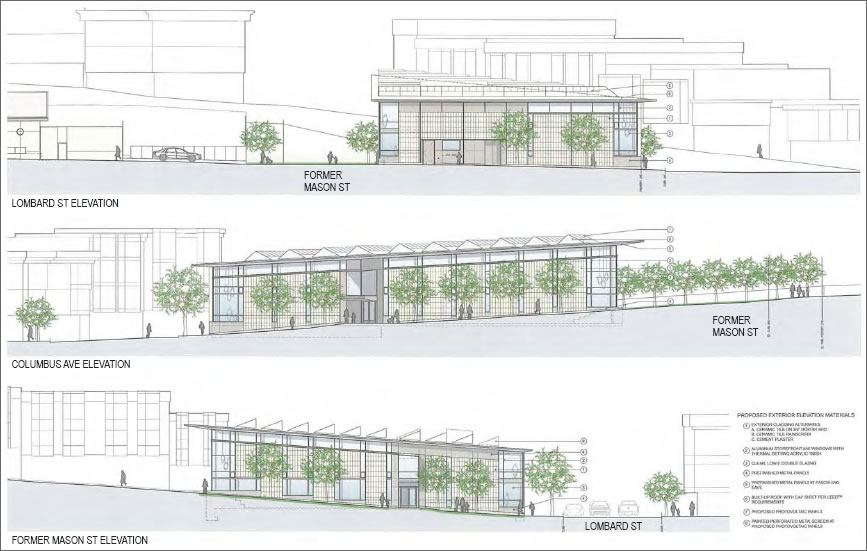 Preparation of an Environmental Impact Report (EIR) for the new North Beach Branch Library and upgraded Joe DiMaggio Playground Master Plan is about to get underway.
As proposed, the existing North Beach Branch Library would be demolished and a new building would rise on the triangle bounded by Lombard, Columbus and Mason streets which is currently nothing more than a surface area parking lot (click images to enlarge). 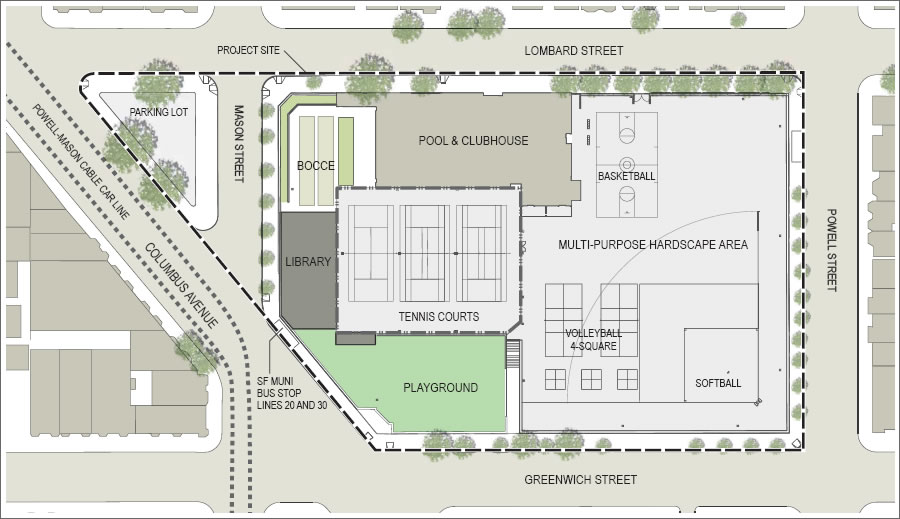 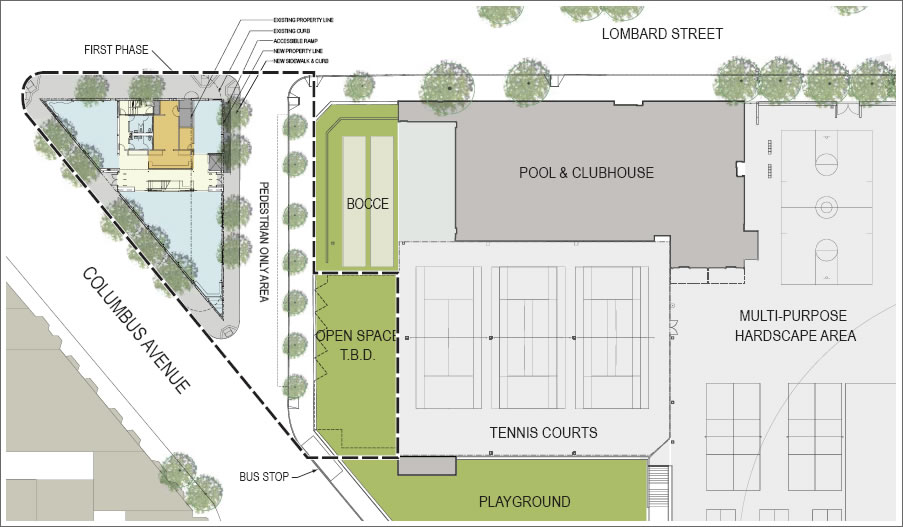 The project’s second phase would include excavation, renovation and reorganization of the [Joe DiMaggio Playground]. The project would result in a total net increase of approximately 3,200 sf of library floor area and about 12,100 sf of new open space. 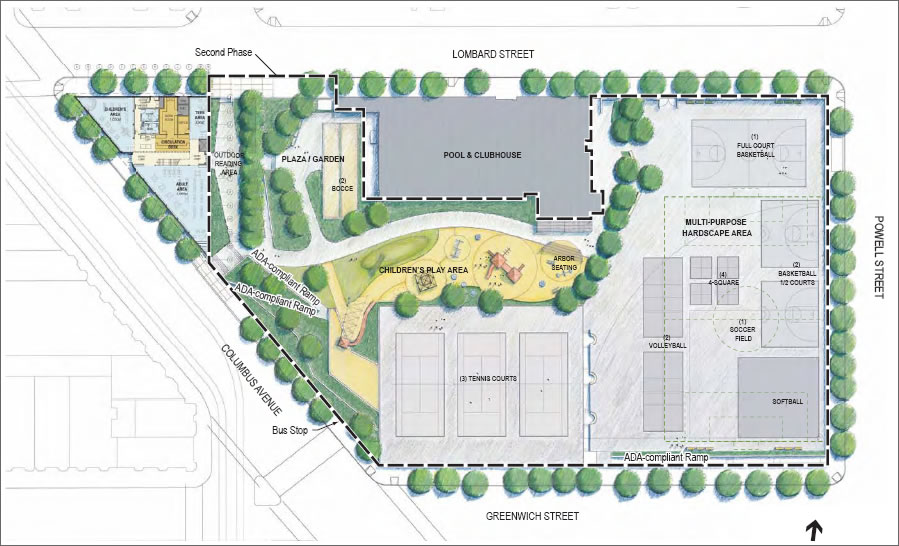