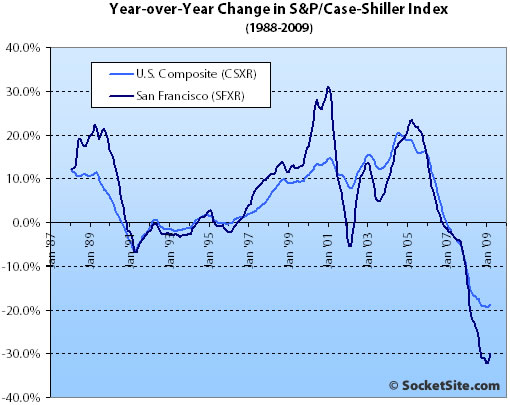 On a positive note, nine of MSAs are reporting a relative improvement in year-over-year returns and nine of the 20 metro areas saw an improvement in their monthly returns compared to February. Furthermore, this is the second month since October 2007 where the 10- and 20-City Composites did not post a record annual decline. Based on the March data, however, we see no evidence that that a recovery in home prices has begun. 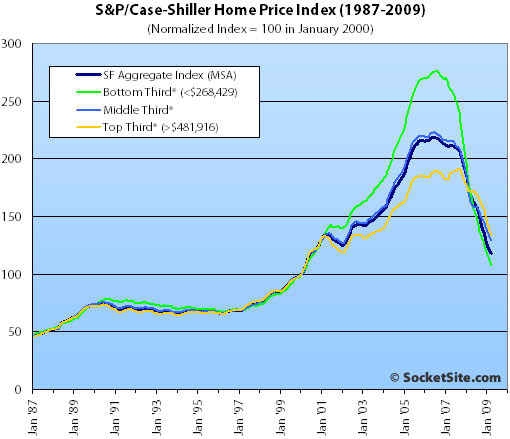 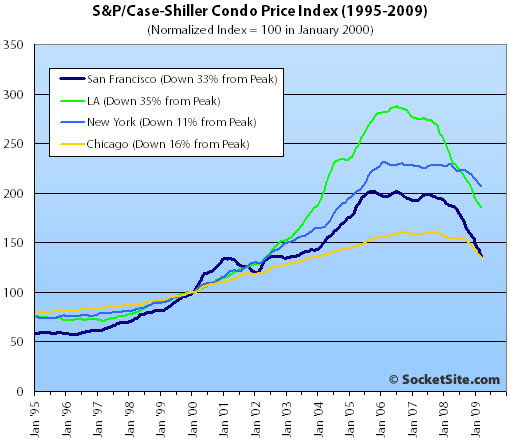 The standard SocketSite S&P/Case-Shiller footnote: The S&P/Case-Shiller home price indices include San Francisco, San Mateo, Marin, Contra Costa, and Alameda in the “San Francisco” index (i.e., greater MSA) and are imperfect in factoring out changes in property values due to improvements versus appreciation (although they try their best).
∙ The Pace of the Decline in Residential Real Estate Prices Slowed in February [S&P]
∙ February S&P/Case-Shiller: San Francisco MSA Continues Slide [SocketSite]

An Updated Oakland (The Architect) Eichler Across The Bay In Marin