700 Valencia Street: The Details And Designs For Moving Forward

It’s another case of years in the making (and neighborhood resistance), but according to a plugged-in tipster it appears as though the redevelopment of 700 Valencia Street (at the southwest corner of Valencia and 18th Streets) is moving forward. 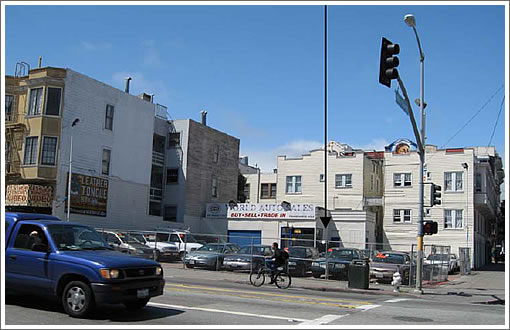 The proposed project would include demolition of the existing [one-story office building and surface parking lot] and construction of a five-story, 50-foot-tall mixed-use building totaling approximately 22,662 square feet. The building would include nine dwelling units, nine parking spaces and one commercial unit. The ground floor of the building would contain a garage with nine off-street parking spaces, commercial space and common/circulation space and would have 100 percent lot coverage.

And a little editorial from our tipster:

Who knew that a [50-foot-tall building] on a corner on Valencia would be met with such resistance….No wonder we’re in slow motion out here. The building fills a parking lot, even has Car Share in the parking garage (which sounds like something every building should be required to do), and is so modest a building I was surprised by the neighborhood [outcry].

Which makes me really wonder what the temperature of the city is re: density — or is it just people in the biz who tend to support a denser, more urban city?

JustQuotes: Talk About Terrible Timing (And Why He's A Former)

Loan Limits Have Been Raised For FHA-Backed Loans In California