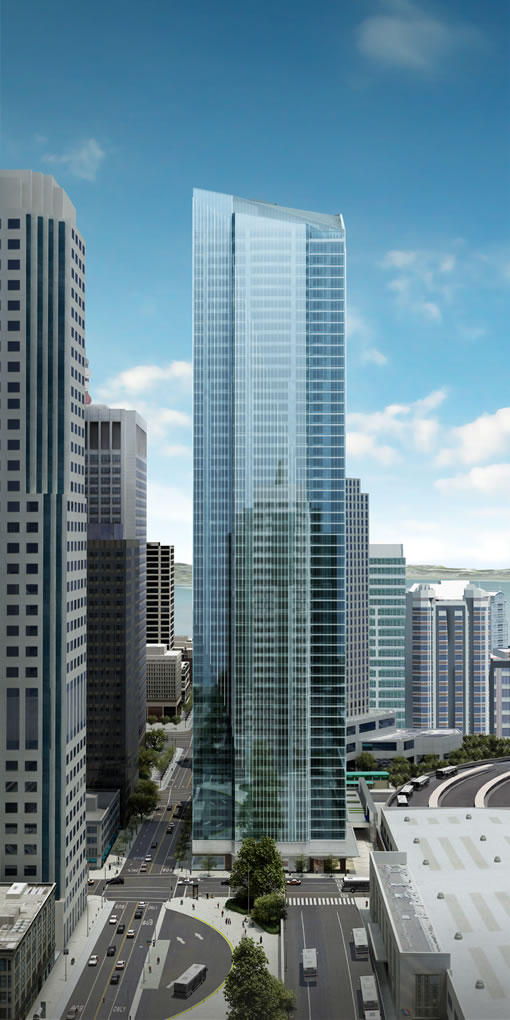 From rumor to reality, J.K. Dineen reports that the Millennium sales center will be opening in November of this year (roughly six months early). A couple of other details and numbers: second floor amenities (including screening room, gym, pool, terrace with fire pits, individual wine lockers and rooms dedicated to yoga and pilates) for the midrise (11-story) and tower (60-story) residents; a total of 419 condos (not 437); and units ranging from 750 to 3,400 square feet.

Architect Glenn Rescalvo, who designed the project for Handel Architects, said the 53 1,600-square-foot midrise units would feature 10-foot ceilings and wide-open floor plans. He said the design would be more typical of Tribeca lofts than San Francisco lofts, which tend to be long and narrow with double height and a mezzanine.

Occupancy remains slated for Spring 2009. And pricing? “Sean Jeffries, a principal with Millennium, said the pricing of the units at the Millennium had not been finalized, but that it would represent “the highest price per square foot in the marketplace.” If so, that’s likely north of $1,500 a square foot. 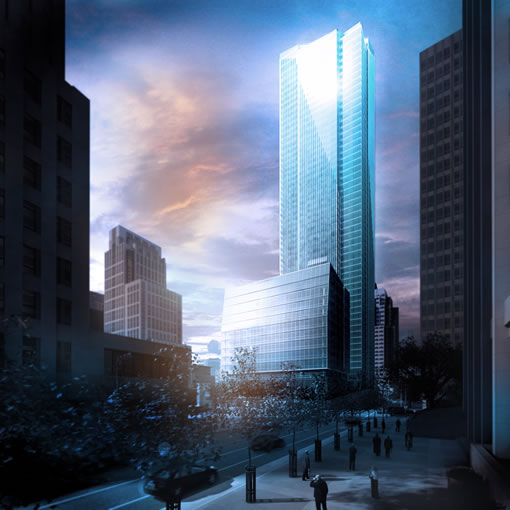 ∙ Millennium Tower (301 Mission): Moving On Up (Tower And Schedule) [SocketSite]
∙ Millennium pours on condos [Business Times]
∙ Not Exactly A Flood (But Perhaps A Trickle) At The St. Regis [SocketSite]

The Modern One That's (Almost) On The Market: 610 Rhode Island