3400 Cesar Chavez: Approved But Opposed (By MAC) In The Mission 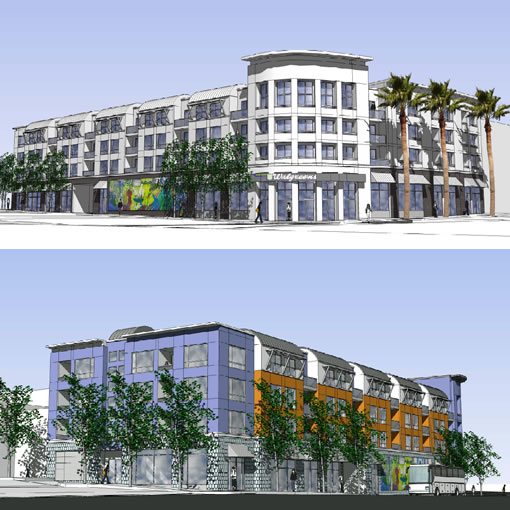 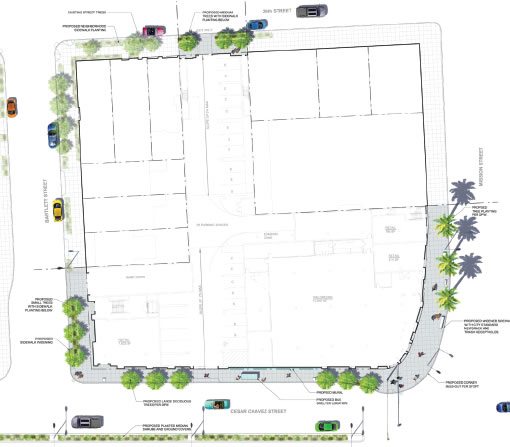 A new development at 3400 Cesar Chavez would bring 60 new housing units (30 one-bedroom, 27 two-bedroom, 3 three-bedroom); sidewalk plantings, landscaping in the Cesar Chavez Street median between Mission and Bartlett Streets, and interior courtyard; and a 24-hour Walgreens (not to mention 60 residential, 30 bike, 24 customer, and 3 City CarShare parking spaces) to the corner of Cesar Chavez and Mission. But according to a plugged-in tipster:

Its approval by the Planning Commission is being appealed to the Board of Supervisors by the Mission Antidisplacement Coalition on the basis that all new market rate housing is harmful for the neighborhood, and that only a 100% affordable housing project is acceptable. (The developers are voluntarily increasing affordable units to the new 15% standard from the 12% that applies to the project.)

Of note, the development is not covered by the 2660 Harrison moratorium on PDR-to-housing conversion, as it is not PDR, but rather is being developed consistent with its zoning and past use– housing over commercial

The development parcel is currently an empty single-story storefront (ex-paint store) and parking lot. And here we were having such a nice low blood pressure morning. Oh, and if you oppose the opposition, feel free to sign the developer’s petiton.
∙ 3400 Cesar Chavez Overview and Background [3400cesarchavez.net]