Relative Value From Top To Bottom 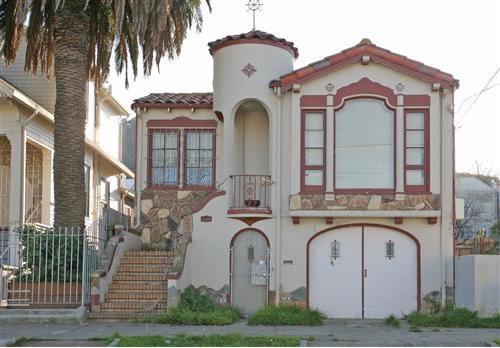 From the Marina to the Bayview, San Francisco’s housing inventory is once again on the rise (“plug in” for a full update early next week). And while absolute value might be open to debate, we can’t help but see the relative value in a number of recently listed single family homes.
For example, 1083 Hollister is a fixer in a transitioning neighborhood. But if the structure and systems happen to be sound (“Contractor’s special” isn’t a good sign), then we can’t help but see interesting “bones” and potential (especially for the price of an inexpensive one-bedroom in other parts of the city).
At the other end of the spectrum, 3160 Baker is nicely remodeled with three bedrooms (three and one half baths) and a glimpse of the Palace of Fine Arts (from the Master bedroom). And while it’s not exactly in the same league as the three bedroom Venetian Villa down the street, it is listed at a quarter of the price.
∙ A “Venetian Villa” In San Francisco (3460 Baker Street) [SocketSite]
∙ Listing: 3160 Baker (3/3.5) – $1,995,000 [3160baker.com]
∙ Listing: 1083 Hollister (3/1) – $499,000 [MLS]