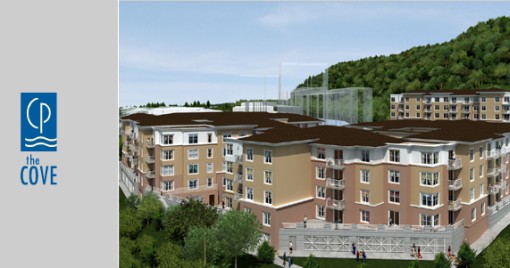 Our first thought upon spying The Cove from 101: “Are they building a prison over there?” And after perusing their website (“Candlestick Point is one of the City’s hottest new neighborhoods,” and “fast becoming one the of the City’s most desirable addresses”), our second thought: “Uh….”

The Cove consists of 176 condominiums spread throughout “three Mediterranean-style buildings” (their description, not ours) in an “exclusive gated community” next to Candlestick Monster Park. And although we’re not fans of the “curb appeal” (or lack thereof), we have no basis for critiquing the design, quality, or livability of the interior spaces or amenities.

From Gain To Loss In Just Three Short Months?