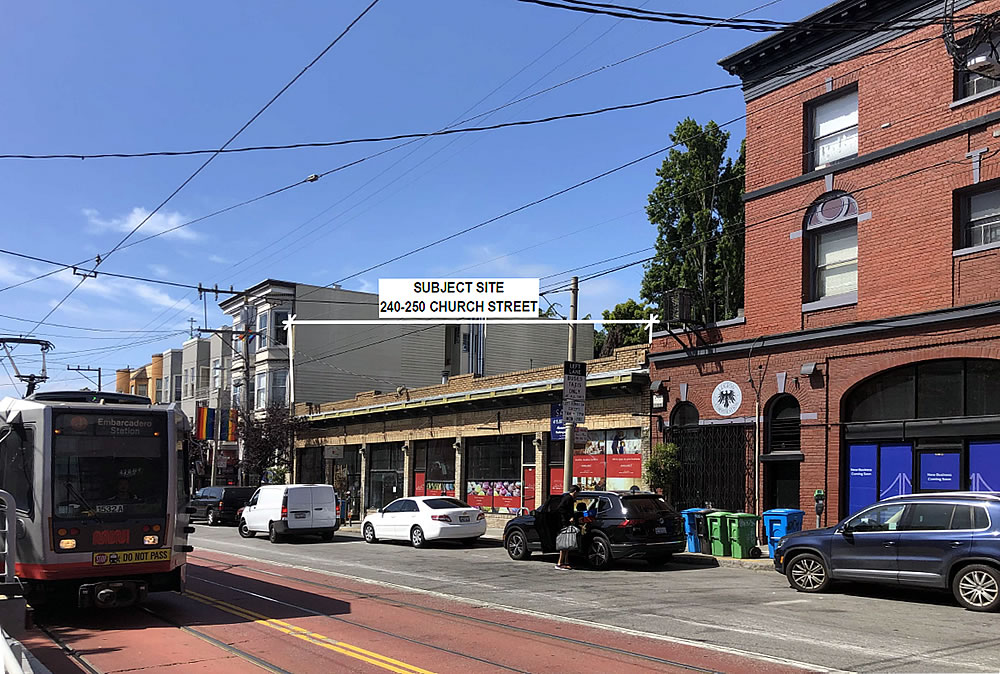 As we outlined last year, while plans to raze the former Sparky’s, and current Thorough Bread and Pastry, building and build up to six stories in height upon the 240-250 Church Street site had yet to be approved, they were working their way through Planning. 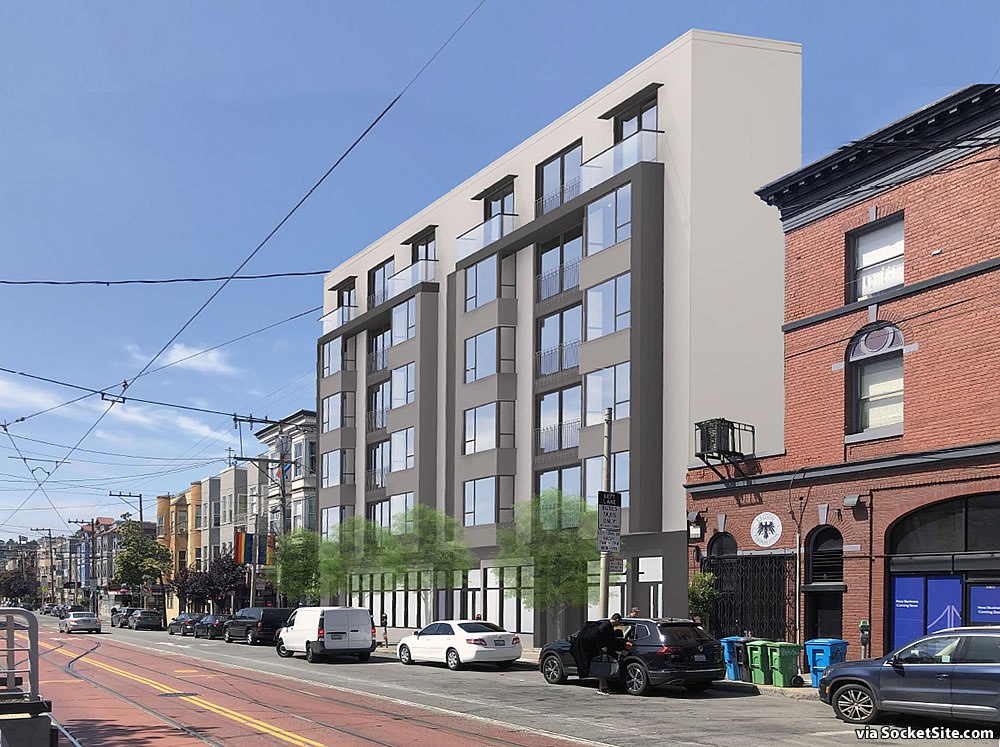 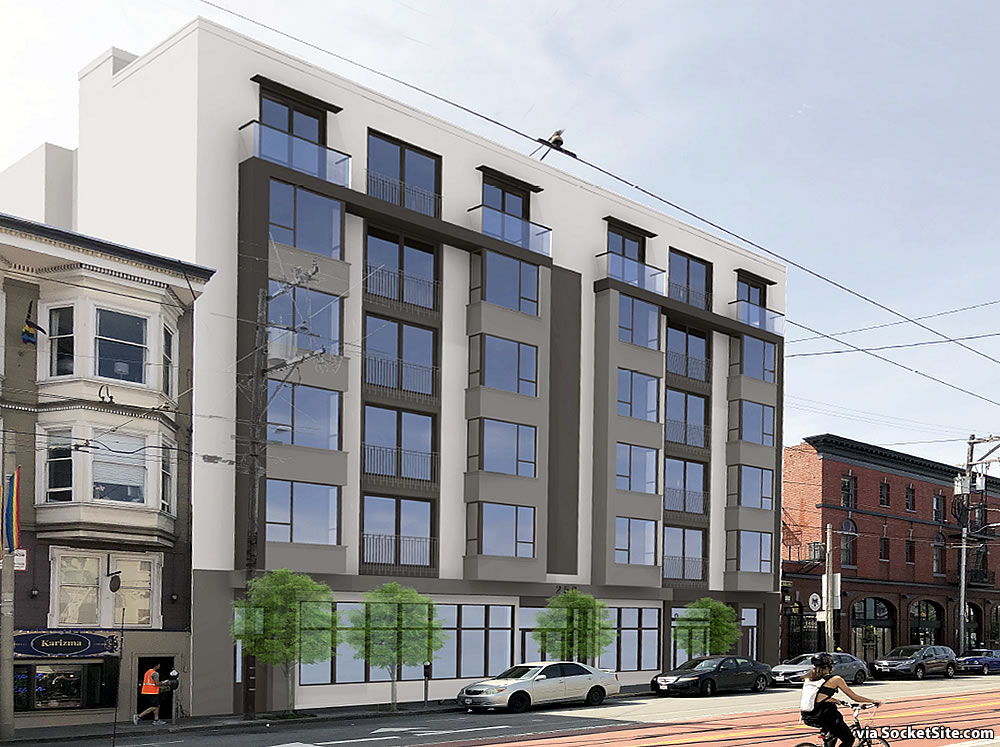 Since then, an extra floor (for a total of seven) and ten feet of height (for a total of 75) have been added to the plans, as newly rendered below by Schaub Ly Architects, additions that have added four (4) condos to the development as well (for a total of 24, including 18 two-bedroom units, over 2,000 square feet of new ground-floor retail space and a storage room for 24 bikes). 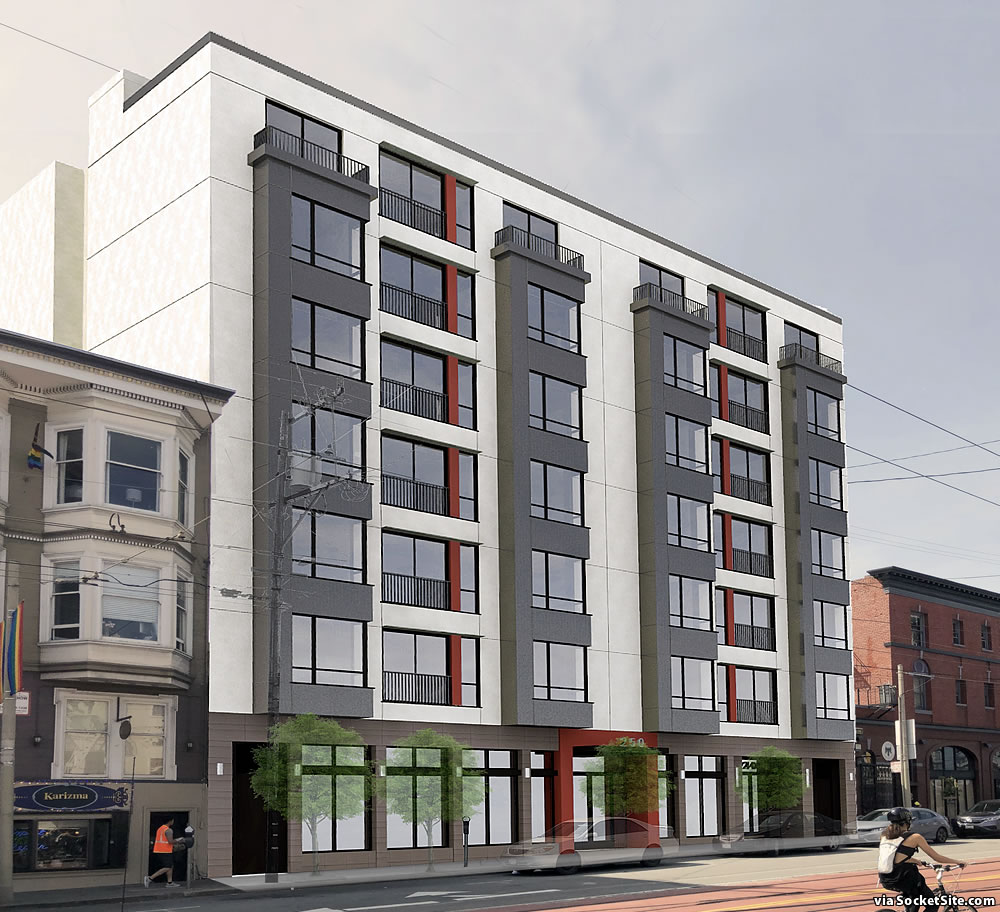 As the site is principally zoned for development of no more than 45 feet in height, the project team is planning to invoke California’s Density Bonus Law for the additional height and density. And as we noted last year, “while the existing building/facade on the site is a century old, its latest survey resulted in a non-historic rating (Category C).”

And with all that in mind, the proposed project has just been granted a Market and Octavia Neighborhood Plan-based exemption from having to complete a more intensive environmental/historical study and has qualified for a streamlined review and approval(s).  We’ll keep you posted and plugged-in.

Pending Home Sales in the U.S. Recovered Last Month, But...