A net total of 627 housing units were built within the borders of San Francisco’s Mission District from 2010 through the end of 2014.

Of those 627 units, roughly 10 percent (60) were designated as Below Market Rate (BMR) units which are to remain affordable to households earning up to 120 percent of the Area Median Income (AMI). 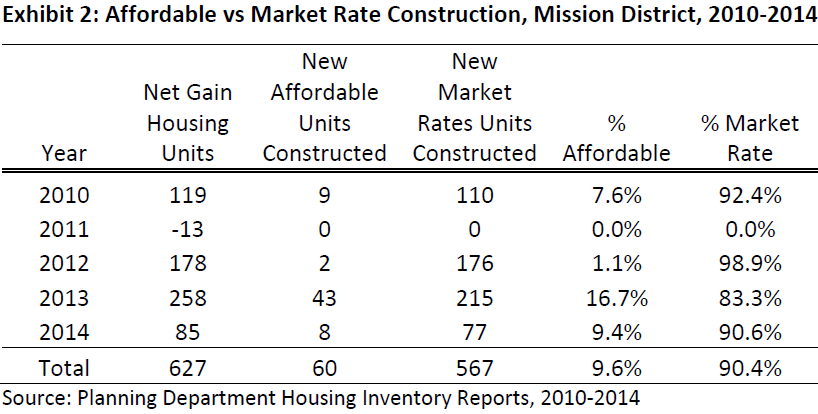 San Francisco’s Planning Department has identified 324 potential building sites in the Mission on which five or more units of additional housing could be developed. The 324 sites, which exclude those for which the permitting is already in the works but not those for which a development has been proposed (such as for 1979 Mission Street), could support nearly 4,250 units of housing.

And with that we’ve set the stage for this afternoon’s Board of Supervisors hearing at which a vote on the proposed legislative moratorium on market rate housing development in the Mission is slated to occur.