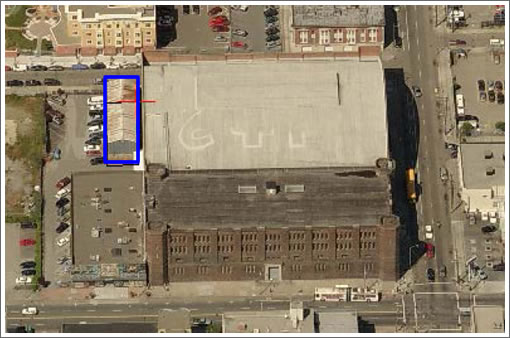 In response to comments by San Francisco’s Historic Preservation Committee, the Project Sponsor has since removed a nine-foot high stair enclosure to roof and sloped the roof line of the required exit stair in an effort to reduce shadows on the adjacent Armory Building Drill Court windows and moved the fourth and fifth floor walls two feet to allow more light and create a wider separation between the Armory and the proposed project. 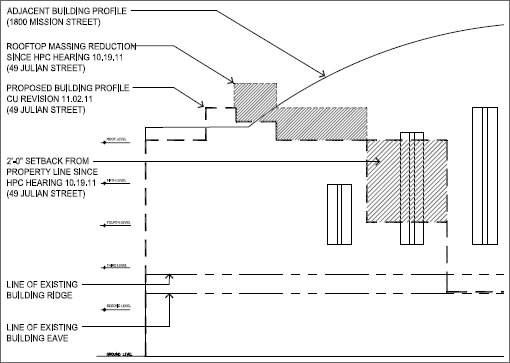 On Wednesday, the Historic Preservation Committee will have a chance to comment on the revised project before it heads to San Francisco’s Planning Commission on Thursday with the Planning Department’s recommendation for approval. 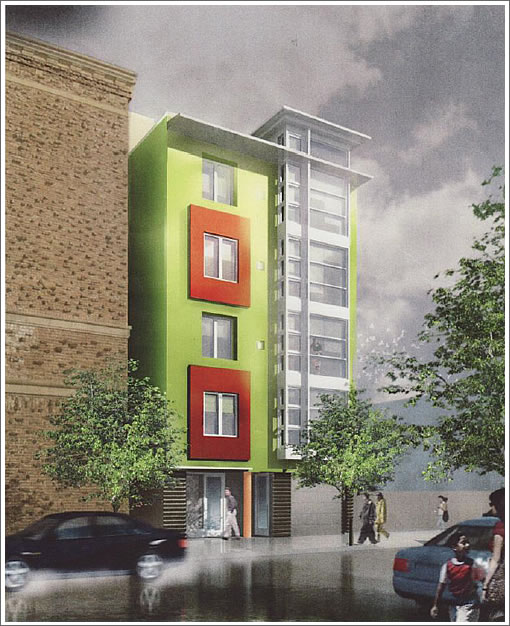 Not Only Kinky, But Perhaps Somewhat Hinky As Well