Defending The Design For 200 6th Street And Adieu To Defenestration 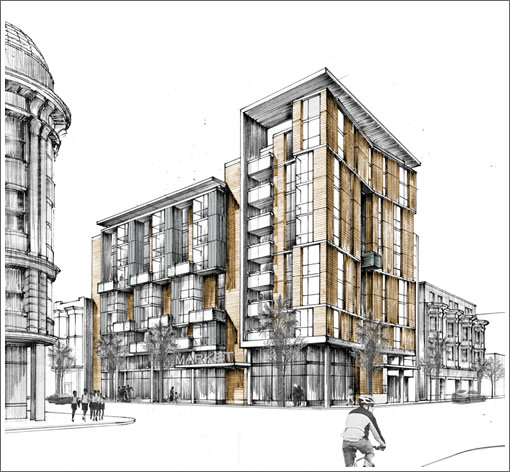 The proposed work includes demolition of the existing four-story building and the new construction of a new nine-story residential building (dedicated to affordable housing) with ground floor retail and parking.

The new building will have two distinct masses: a larger nine-story mass at the corner of 6th and Howard Streets and a smaller eight-story mass along 6th Street. Overall, the design will be contemporary in style and will feature brick veneer cladding, dark patinated metal siding and exposed structural concrete on the exterior. In addition, the project will feature painted or dark anodized aluminum windows, steel and glass entry marquis, and concrete and translucent glass balcony rails.

The existing four-story building is better known and recognizable to most as the Hugo Hotel, canvas for Defenestration. 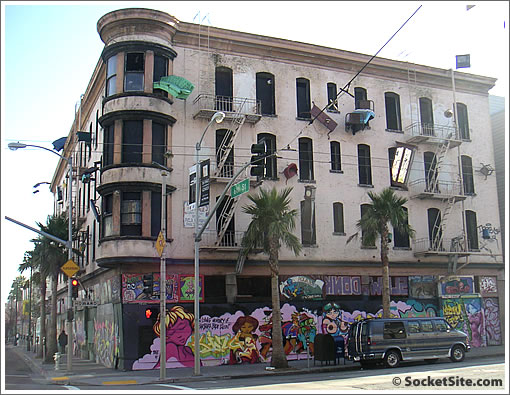 An Institution For Sure, But A Landmark As Well?