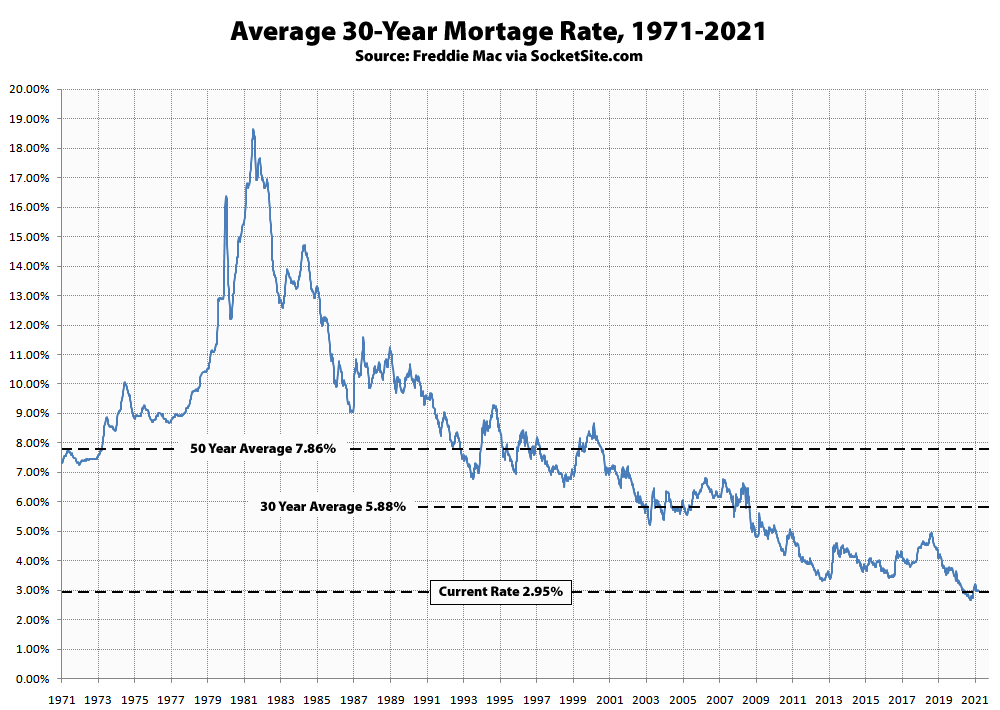 Having inched up to 3.00 percent last week, the average rate for a benchmark 30-year mortgage has since inched back down 5 basis points (0.05 percentage points) to 2.95 percent, which is 20 basis points below its mark at the same time last year, 23 basis points lower than at the beginning of last month, and within 30 basis points of its all-time low, according to Freddie Mac’s Mortgage Market Survey data.

And while rates are down, pandemic-driven restrictions are being lifted, and inventory levels have started to tick up, the seasonally adjusted pace of existing-home sales across the U.S. has dropped to a nine-month low last month, the pace of new home sales has dropped 13 percent since the start of the year, and the pace of sales has dropped in San Francisco as well.

Appreciation for a Signature Condo with Bridge Views