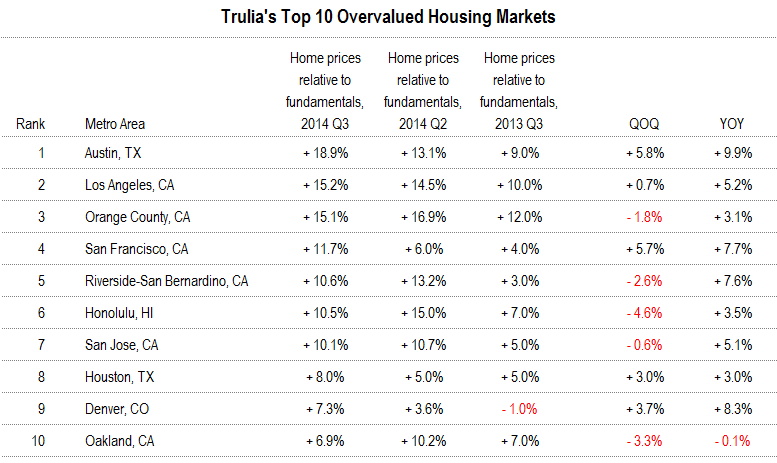 Based on ratios of home prices, incomes and rents, San Francisco, San Jose and Oakland all made Trulia’s latest top-ten list of the most “overvalued” housing markets in the U.S., ranking fourth, seventh and tenth respectively.

While Austin, Texas topped Trulia’s list of the most overvalued metro areas with home prices 19 percent overvalued relative to incomes and rents, San Francisco wasn’t too far behind at 12 percent higher than Trulia suggests the fundamentals alone should support.

And in the words of Trulia: