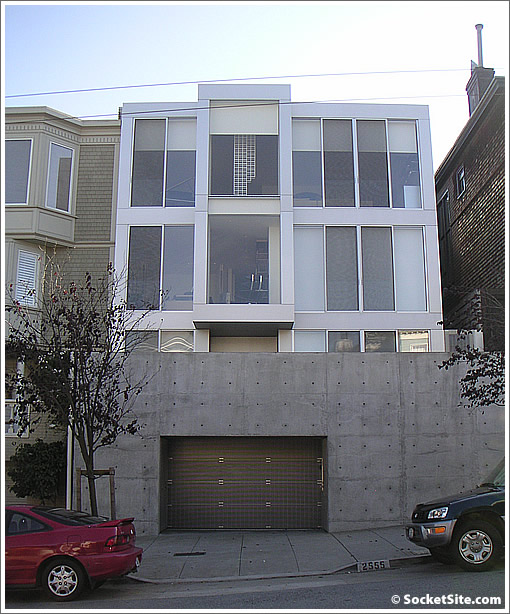 As we first reported with respect to the modern Cow Hollow home at 2555 Union Street which was redesigned by Stanley Saitowitz/Natoma Architects and listed with a $9,250,000 price tag last year, even if you can’t afford it, you’ll likely want to take a peek inside.

As a plugged-in reader reported last year, the house was originally designed by architect Nancy Sheinholtz in the style of sister house next door. The current owners of 2555 Union acquired it in 1993 for $1,650,000 before engaging Saitowitz to redesign the house a decade later. We’ll keep all comments on our original post.