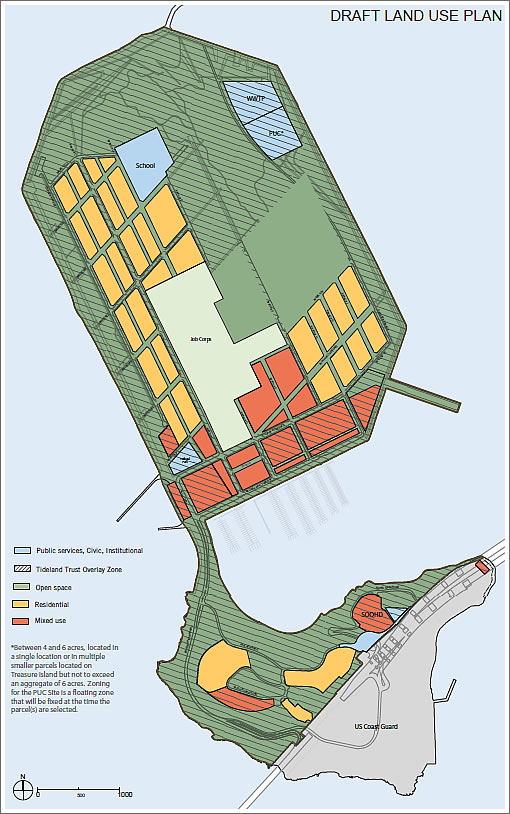 Originally constructed in 1937 as a possible site for the San Francisco Airport, first used to host the Golden Gate International Exposition from 1939-1940, a naval station for five decades, and now home to roughly 2,000 residents, Treasure Island is “characterized by aging infrastructure, environmental contamination from former naval operations, deteriorated and unoccupied buildings and asphalt and other impervious surfaces which cover approximately 65% of the site.”
As proposed, the 550 acre redevelopment of Treasure and Buena Vista Island would yield 311,000 square feet of renovated historic buildings, 240,000 new square feet of retail and office space, 8,000 new dwelling units (2,400 of which would be “below market rate”), and 300 acres of open space, the latest plans for which will be presented to the Planning Commission this evening at six o’clock.
∙ Treasure Island and Yerba Buena Island Informational Update [sf-planning.org]
∙ The (SOM) Master Plan For San Francisco’s Treasure Island [SocketSite]

Amongst The Gold Coast Mansions And Estates For $800 Per Foot