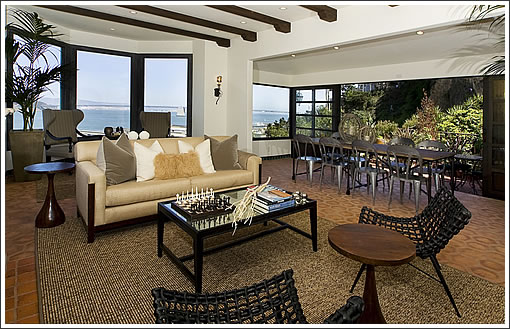 A plugged-in tipster reports with respect to the condo at 268 Lombard #1:

After being owned by an artist, with sculptures adorning its decks, [268 Lombard #1] was bought in 2005 for $2.225M by an out of town owner, according to his agent and PropertyShark, and was never really lived in for 3 years.

After being listed for the same price in 2005, the author of the Stinking Rose Cookbook, Jerry DalBozzo bought the property in November 2008 for $2.207M, and has renovated the place over the course of a few months in a decidedly Mediterranean style.

We all thought this Italian chef/author was going to move in there, and were awaiting the smell of garlic filling up the air, but were surprised to see the place back on the market for $4.895M.

We’ll note the new La Cornue (not a CornuFé) in the kitchen, apparently the old Wolf wasn’t good enough.