Your Agent Might See Value, But Be Sure To Ask For Whom 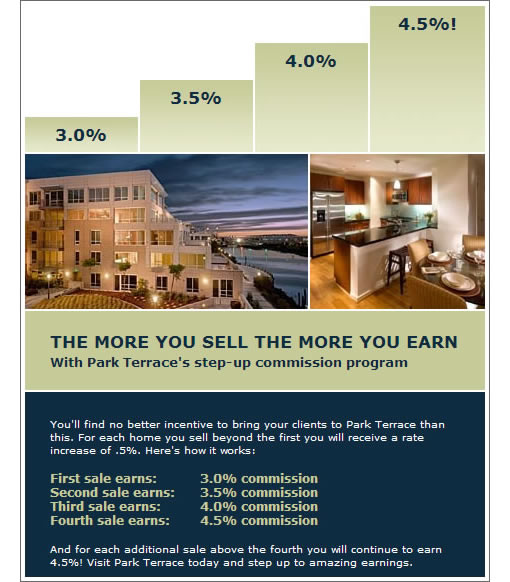 It’s no longer only the townhomes at Park Terrace which will garner brokers an increased sales commission (which might speak to the strength of sales since our last update). And it’s a good reminder to ask, is your agent working for you or selling for the developer?
∙ Arterra’s New Buyer’s Incentive And Park Terrace’s Broker’s Bonus [SocketSite 9/07]
∙ Park Terrace (325 Berry) Sales Update: Now 70% Sold? [SocketSite 11/07]

JustQuotes: Not Only Did The Port Get Punked, But Perhaps Prodded