More Affordable Housing On Geary Proposed, But Only A Bit 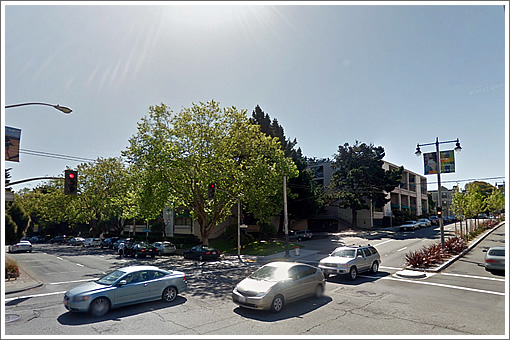 The proposed new building for the corner of Geary and Divisadero above would occupy a similar footprint to the existing building but would reach a height of approximately 56 feet with a new active ground-floor use and 67 affordable units for seniors above.

The second proposed building with just under 40 affordable units for families along Geary Boulevard would also occupy a similar footprint as the building to be demolished but would be located ten to fifteen feet closer to the street, increasing the amount of interior open space on the lot.

Currently only zoned for medium density with a 50-foot height limit, should the project and necessary “up-zoning” by a few feet be approved as proposed, the full city block at the intersection of Divisadero and Geary upon which two major bus lines run will provide just over 200 units of housing with construction slated to start at the end of 2014.