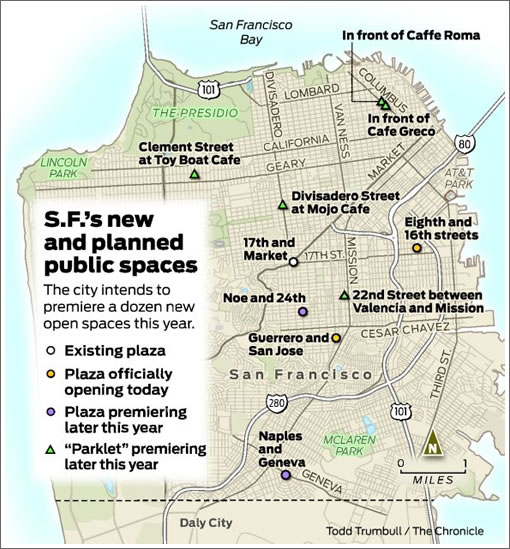 The first pedestrian plaza opened in May at 17th and Market streets in the Castro and has become so popular that four more plazas as well as five “parklets” – two or three successive parking spaces turned into teeny parks – are slated to open by this summer. More are expected to be built this fall and next year.

New plazas open today at Guerrero and San Jose and Eighth and 16th while new plazas at Noe and 24th and Naples and Geneva will open later this year.

Parklets are planned for 22nd between Valencia and Mission, on Divisadero between Grove and Hayes in front of Mojo Cafe, on Clement at Fifth in front of Toy Boat Cafe, and of course a couple along Columbus in front of Caffe Roma and Cafe Greco.

Will Multiple Offers Magically Materialize On (42) Mars Once Again?