[2006 Washington] was designed to take advantage of 100 feet of open space to the west by facing towards the Golden Gate and so looks down on the George Applegarth-designed Spreckels Mansion. 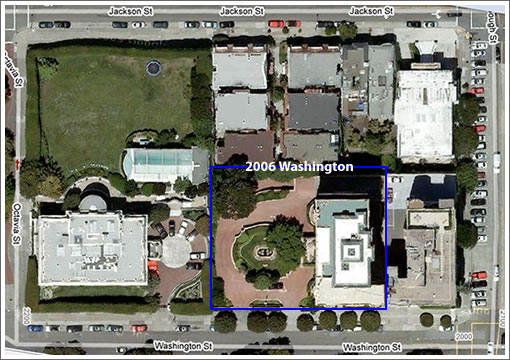 Each of the main floors is about 5500 square feet…Originally ten apartments, the 2200 square foot penthouse has been separated from the tenth floor to create an eleventh apartment.

UPDATE (8/27): Still no interior shots, but we now have the full floor plan.