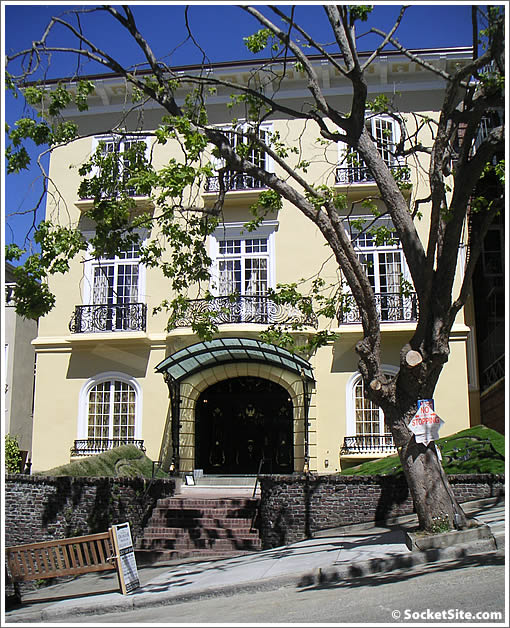 What many people already know about 2820 Scott Street (the 2008 Decorator Showcase house): it was a boarding house prior to being purchased by the Paige family (think Paige Glass) in December of 2005 for “much less” than its list price of $8,500,000; it has been undergoing a major renovation, remodeling, and re-decorating ever since; and it offers over 14,000 square feet of living space along with one of the most stunning roof decks in all of San Francisco (in terms of the views).
What most people don’t (but really want to know): although it’s not officially on the market, word on the street is that an offer north of $29,000,000 will make it yours (a seriously plugged-in source, however, estimates its value at closer to $24,000,000).
And yes, absent any accepted offers it becomes a bachelor pad for the Paige’s 38-year-old son. Now about that post-showcase housewarming party…
∙ The San Francisco Decorator Showcase [decoratorshowcase.org]
∙ If these walls could talk [SFGate]

Virtually Walk This Way: Animations Added To The BLU Website

Washington Mutual Goes With The Flow To Tighten HELOC Lending