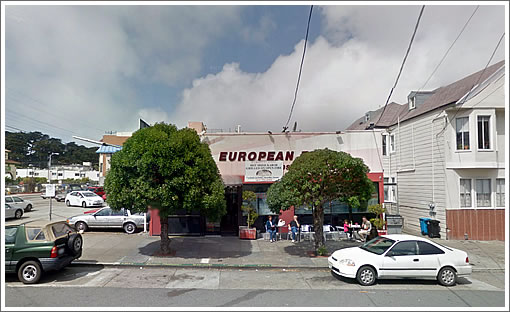 As we first reported back in 2012 with respect to a Clement Street development which was quietly in the works at the time:

While the neighbors and neighborhood groups haven’t yet been notified, the owner of the single-story building at 3038 Clement Street is quietly working on plans to raze the “European Food” market and build a four-story, 40-foot tall building with six three-bedroom condos over ground floor retail and parking for six cars on the site between 31st and 32nd Avenues, from which San Francisco’s first Fresh & Easy is a fifty-foot walk.

With the design for the project having since been modified to include three two-bedrooms and three three-bedrooms along with parking for ten bikes (in addition to the six cars), this afternoon, San Francisco’s Planning Commission is slated to decide whether or not to approve the development as proposed: 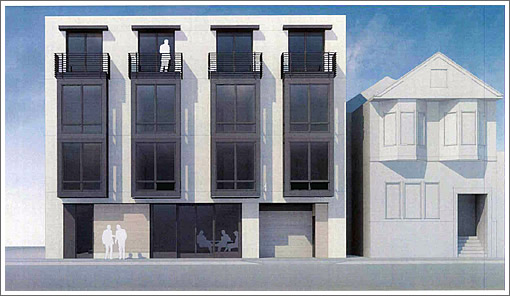 The Planning Department, which recommends approval of the 3032-3038 Clement Street project, has received eight letters in support of the development and none opposed. 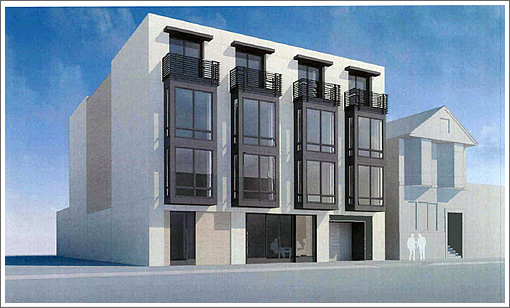