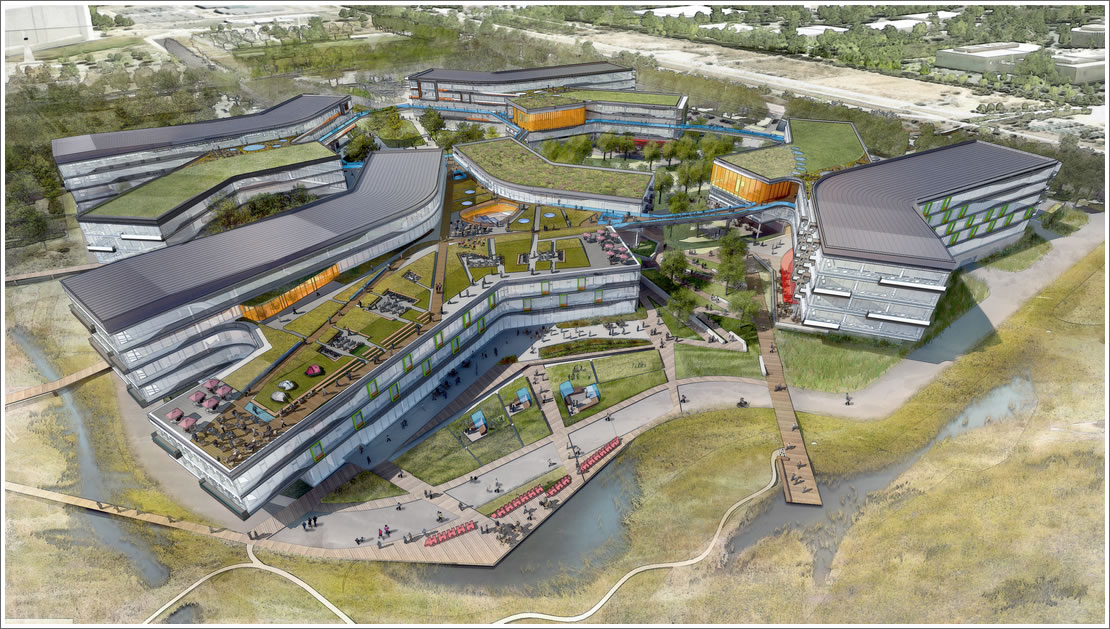 Including 42 acres upon which Google has proposed to build a 1.2 million square foot Bay View campus (click to enlarge), Google now controls 250 parcels in Mountain View and owns over ten percent of the city’s taxable property, all of which The Verge has mapped.

Google’s stated plans for developing nearly four million square feet in Mountain View would provide enough space for an estimated 24,000 people, double its current workforce. And all of which raises some great questions and concerns.