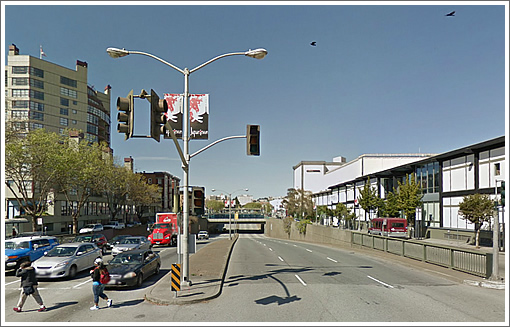 On the agenda for San Francisco’s Land Use and Economic Development Committee this afternoon, a hearing to begin planning the filling of the Geary underpass between Webster and Steiner Streets, the reunification of the Japantown and Western Addition communities, “and all other aesthetic, transportation, infrastructure, and community opportunities and challenges therein, including the possibility of coordinating efforts with the Central Subway Project and/or Geary Bus Rapid Transit.”

As part of the official packet for today’s hearing, a cranky citizen’s demand for more oversight of the San Francisco Municipal Transportation Association (SFMTA) and Muni:

It has become exceedingly obvious that the Mayor and Board of Supervisors are sucking hind teat behind the SFMTA/Muni. This omnipotent agency runs amok without the slightest oversight from those elected officials who should be monitoring this runaway train. Need more money to waste? Raise parking fees and fines. Can’t maintain existing rolling stock? Borrow O&M funds to play for the two-car underground light rail that will serve no purpose and be an additional drain on the broke and broken Muni.

Muni apparently has the power to whatever they want – especially in North Beach. The Pagoda demolition and other Muni construction does not have to follow the Department of Building Inspection (DBI) process: no right to appeal, no noticing requirements, no review of hazardous material disposal plans, no binding public input whatever. This was related by Cynthia Goldstein, the head of The Board of Appeals. It seems that Section VIII A of the City Charter can be interpreted to give SFMTA/Muni self-granting of construction permits, and to operate outside the usual DBI rules. Ed Reiskin, John Fungi, and the rest of the SFMTA/Muni hooligans were NOT elected – yet they have carte blanche to do whatever the hell will satisfy other unelected power players – Willie Brown and Rose Pack for example.

This usurpation of power from duly elected officials is unacceptable. It smells of corruption and borders on the criminal. It must be stopped. When the Central Subway bombs – as it surely will – and costs the city diminished service and tax dollars for cost overruns – do-nothing city officials must be held accountable for their negligence.

You have been informed,
Constant Cranky Curmudgeon
(aka Lee Goodin)