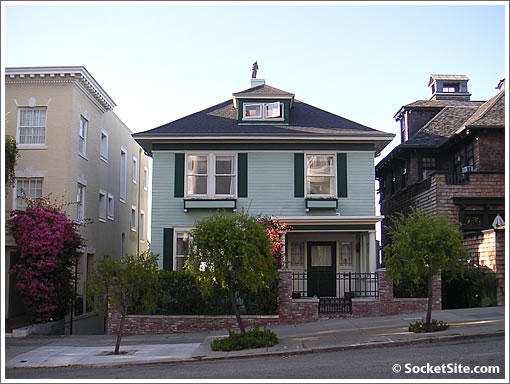 It was almost four years ago that we first told you the tale of eight twenty-somethings moving to an $8 million rental up on San Francisco’s Billionaires Row, a home that subsequently morphed into an unofficial tech incubator.

“Purchased by a trio of investors who have either built or re-built a fair number of high-end spec homes in San Francisco, the rental route is intended as a “short-term” strategy to help with cash flow as permits and plans to redo the home are negotiated and secured.

Last listed on Craigslist for $10,000, it rented for $9,250 after a bit of negotiation to a group of eight twentysomething friends who are now in the process of moving on up to Billionaires Row. But not to worry, two are a couple so everyone will effectively have their own room.” 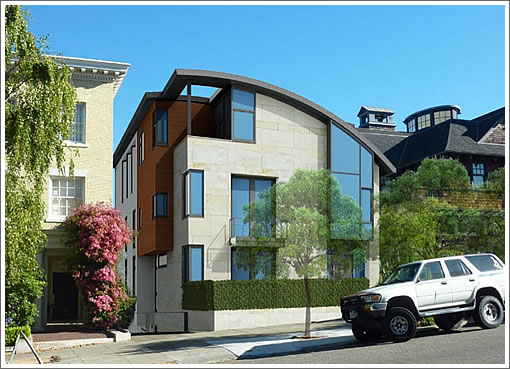 While the project has been quietly on the market for a bit, it’s about to be officially listed at $18,000,000 “for the lot plus entitlements” or $28,950,000 including construction of the new six-bedroom home across five floors, the permits for which were recently issued.

And yes, they’re selling the view from the back of the house: