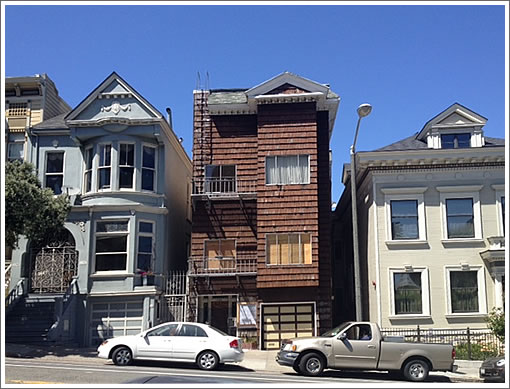 As we reported earlier this week, the buyer of the Alamo Square building at 1164 Fulton Street has proposed a restoration of the building’s façade, taking cues from surviving architectural elements and a historic photograph of Fulton Street in the 1920’s. 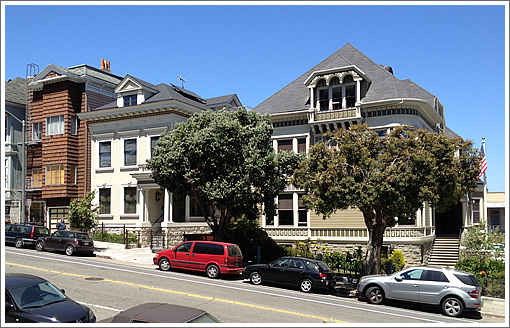 A plugged-in tipster has since delivered the aforementioned historic photograph. 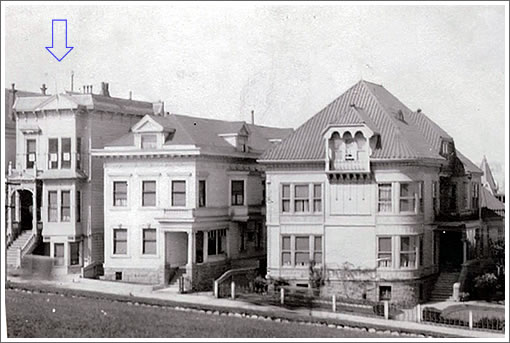 And according to our tipster, while the garage at 1164 Fulton Street will remain, the plan is to bring back the grand stairs to the street as part of the restoration as well.

Rincon Hill Scoop: Plans For 184 Condos Versus The Factory Club